Today, we are going to explore and discuss the second-largest cryptocurrency by market cap — Ethereum (ETH). Whether you are interested in the cryptocurrency in general, or you are a developer looking for a crypto development platform to call home — Ethereum is a coin that you must become closely familiar with.

It is not only highly valuable as a coin and a platform, but it also has major historical value for the entire cryptocurrency industry. This is why we will explain what it is, why it was created, what problems it can solve, its pros and cons, and more. So, if you don’t know anything about Ethereum — this is a great place to start learning about it. And, if you are new to the crypto world completely, maybe start by checking out our article on cryptocurrencies, just to make sure that you will understand what will be discussed later on in this text.

So what is Ethereum?

Ethereum is an open-source, public, decentralized peer-to-peer (P2P) system, meaning that it has no centralized authority that would control it. Instead, all decisions regarding its network are made by the community, through the voting process. It is democracy in the flesh — or rather, in code — and it serves as a development platform for all kinds of different products.

Ethereum was created as a concept by Vitalik Buterin, a programmer who was involved with Bitcoin Magazine. Buterin was fascinated by Satoshi Nakamoto’s Bitcoin, although he did realize that the system is flawed, and that it needed repairing. However, Buterin was also among the first to understand that cryptocurrency and blockchain technology could be used for more than just making day to day payments.

This is why he came up with the concept of Ethereum, whose white paper was published in late 2013. He announced the project’s launch in January 2014, and it saw its official launch in mid-2015. Since then, Ethereum grew to become the second-largest cryptocurrency by market cap, although its price never went nearly as high as Bitcoin’s. However, it was never Ethereum’s (or Buterin’s) goal to compete with Bitcoin. Instead, Ethereum had an entirely different purpose in mind — one that ended up making it the second most important cryptocurrency ever to be created.

Why was Ethereum created?

As mentioned, Vitalik Buterin saw a lot of potential in crypto and blockchain, and he was among the first to start thinking about alternative use cases for these technologies.

Bitcoin was already out for several years when he started working on the project’s white paper, and it was circulating for six and a half years by the time Ethereum was launched. In other words, Buterin did not want to create a new coin that would do the same things, such as being used in everyday transactions and payments.

Instead, his goal was to create a development platform — one that can be used for creating new products. Inspired by the concept of decentralization, he realized that the blockchain could decentralize more than just money. With this technology and its attributes, it is possible to create decentralized applications, decentralized, self-executing (smart) contracts, and even new cryptocurrencies.

Before Ethereum, there was no such platform, and each new coin had to be created on a new blockchain, from scratch, Either that, or through a fork of an existing blockchain, which is how coins such as Litecoin (LTC) came to be. These became Ethereum’s biggest use cases, and they were the spark that helped the crypto sector transform into what it is today.

When it comes to Ethereum’s uses, they are not limited to the three use cases mentioned above. You can always use it for trading, investing, or even for making payments — provided that you find a merchant that accepts it. It can be used for buying new tokens in token sales (if the project decides to accept it), or for exchanging it for Bitcoin or other altcoins. You can even exchange it for fiat currencies on some exchanges which allow it.

In other words, Ethereum is the same as most other cryptocurrencies, in that regard. What makes it different from most others is that these are not its primary use cases. Its blockchain was meant for developing new products, and its coin, ETH, was meant for powering those products.

Ethereum’s main product was, and always will be smart contracts. These are contracts that two or more parties can create themselves, instead of going about it in a traditional way and getting a rental contract.

Smart contracts are self-executable, meaning that, after the parties involved come to terms, and the contract is signed — there is no way to back out of it. It will only be approved when the conditions are met, or at a certain time, which was previously agreed upon by the participants.

Thanks to the immutability of blockchain technology, smart contracts cannot be changed, manipulated in any way, or forged. They are as you had made them, and they will remain as such for as long as the deal stands. Of course, given that they are a technological product instead of a piece of paper — their creation does require some technical knowledge.

But, they are borderless, available to everyone, completely immutable, and they can store money, and make payments automatically, according to the deal that was made. Ethereum is the leading platform when it comes to the creation of smart contracts, even though it has inspired many other projects to create a similar platform.

Another big use case for Ethereum’s blockchain is the creation of dApps — decentralized applications that run on the blockchain, and use ETH for performing different actions. Just like with smart contracts — they are decentralized, meaning that there is no controlling authority that would misuse them.

That means that they won’t collect your personal data and spy on you if they are not created to do so. And, with Ethereum products being open-source, everyone can see what any of its products were created to do, and how they are programmed to behave.

Ethereum is the leading platform when it comes to the creation of dApps as well, and these include all kinds of applications, from gaming and gambling to exchanges, and anything else you can think of. Many believe that dApps are the future of applications and that there will come a day when only these apps will be used.

However, with the crypto advancement still progressing rather slowly, and the majority of the world still not using digital currencies — not a single dApp (based on Ethereum, or any other platform) has gone viral as of yet. Still, the advancement of cryptocurrencies continues, and it is likely that someday, things will change, and dApps will become the new norm.

As mentioned, Ethereum’s platform is also actively used for the creation of new cryptocurrencies. In fact, the majority of altcoins created in the past four years were created on Ethereum, in the form of ERC-20 or other token models.

Different token models give these coins different purposes, and ERC-20 has been the most popular model so far, used for the creation of alleged utility coins. It is a faster, simpler, and cheaper method of creating a new cryptocurrency, instead of having to develop its blockchain and launch the coins on it.

Most projects tend to launch their coin as an Ethereum-based token, hold a token sale (ICO, IEO, STO, and alike), and then once they get the money from the sale — they start working on the blockchain. Naturally, they must first get the investors’ interest, which is why they must publish their white paper, explaining their goals and how they plan to achieve them.

If investors decide that the project is legitimate, that it has a future, and that it is worth investing in — they purchase a certain amount of the project’s tokens, store them in their wallets, and wait for the project to complete its development, and start working as promised. If the project becomes successful, the chances are that its token’s price will surge, thus making the investor that much richer.

In other words, it is a waiting game, based on trust and an educated estimate, which does not always pay off, but sometimes it does. If it does, having a large supply of tokens in a safe place can be highly beneficial, and since most investors are optimistic about the future of crypto — a lot of projects get quite decent funding, if they manage to sell their idea properly.

Of course, not everything in Ethereum’s past has been as great, and just like many other projects, something unfortunate has happened. This became known as the DAO event, or the DAO incident, and it led to a major split in Ethereum’s chain.

The event took place in 2016, when an organization known as the DAO (Decentralized Autonomous Organization) — a set of smart contracts developed on Ethereum’s platform — managed to raise as much as $150 million in a crowd sale. Their goal was to fund their own project, and they were on the right way, until June 2016.

In June, The DAO was hacked by an unknown individual or team, and the attack resulted in a theft of $50 million. This sparked numerous debates regarding security, and what should be done in regards to the affected funds. Many were in favor of Ethereum performing a hard fork, which would allow the project to reappropriate the stolen funds, and take care of the issue.

As usual, many were against the split, and the debate became a dispute — one which resulted in a split anyway. As a result, Ethereum’s blockchain forked into two separate blockchains — Ethereum and Ethereum Classic.

Ethereum used the new blockchain to continue its development, while Ethereum Classic kept going on the old one, claiming that it is the ‘real’ Ethereum ever since. The two networks were rivals from that day forward.

However, that was not the end of Ethereum’s problems. The attacks on its blockchain kept coming, and it was forced to fork two more times in late 2016 in order to deal with them. In the end, the only solution was to increase the DDoS protection of the blockchain, and take other precautions that would make it safe from spam attacks.

One question may still remain, and that is why you should use Ethereum in the first place? What makes it good enough to invest in it, to buy its coins and participate on its platform? Alternatively, what are its downsides, and what should be kept in mind for anyone who is considering approaching this project? Let’s take a look.

In the end, Ethereum is a project that has revolutionized the crypto world by shifting the attention from cryptocurrency to blockchain technology. It was responsible for the discovery of countless blockchain use cases that can improve almost any industry out there. The importance of this project will never go away, even if it gets overthrown someday, which has been a fear of its investors for years, now. Even so, the fabled ‘Ethereum Killer’ has not emerged for years after development platforms started coming out, and the question of whether or not it will ever be bested by another project remains unanswered at the time of writing. 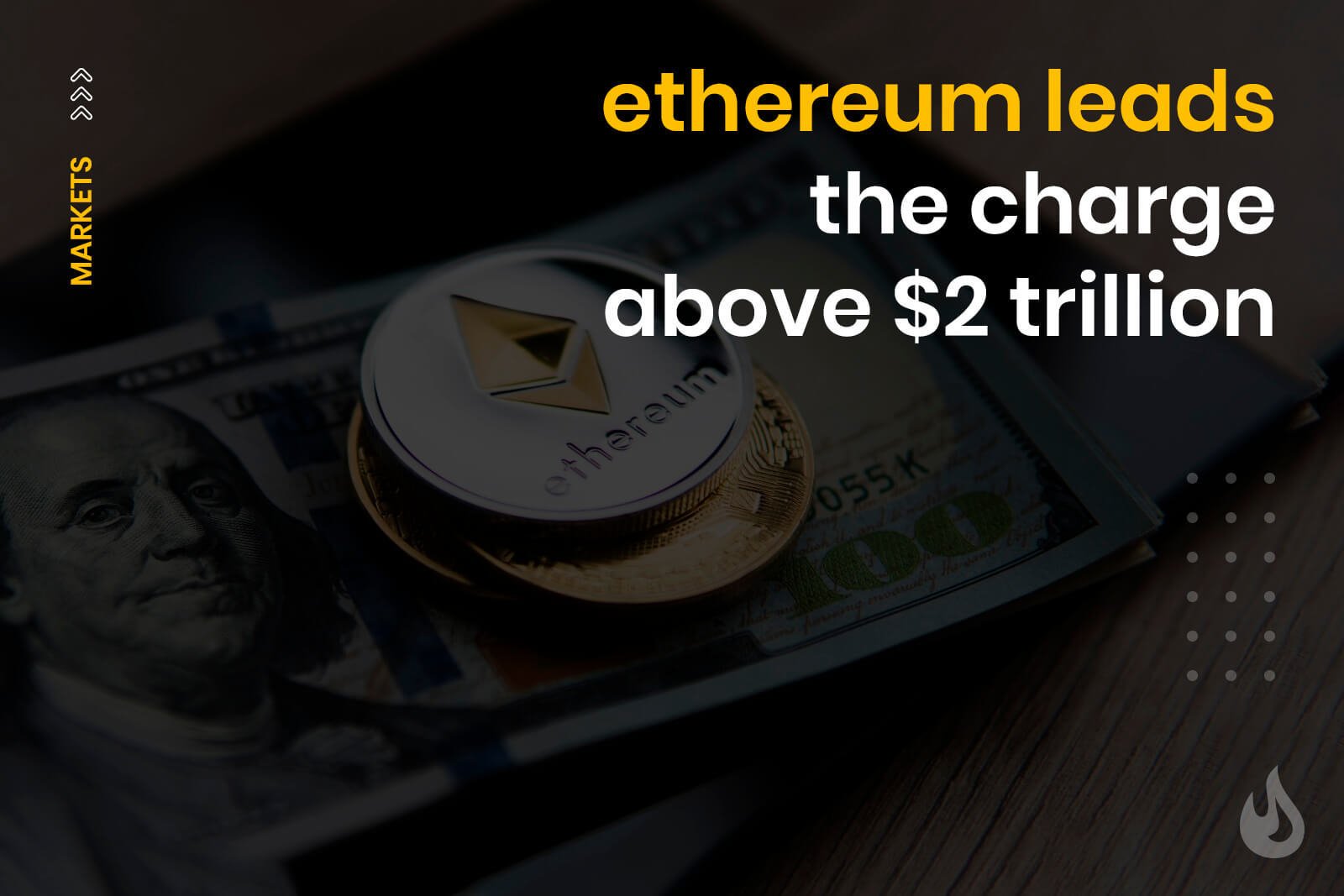 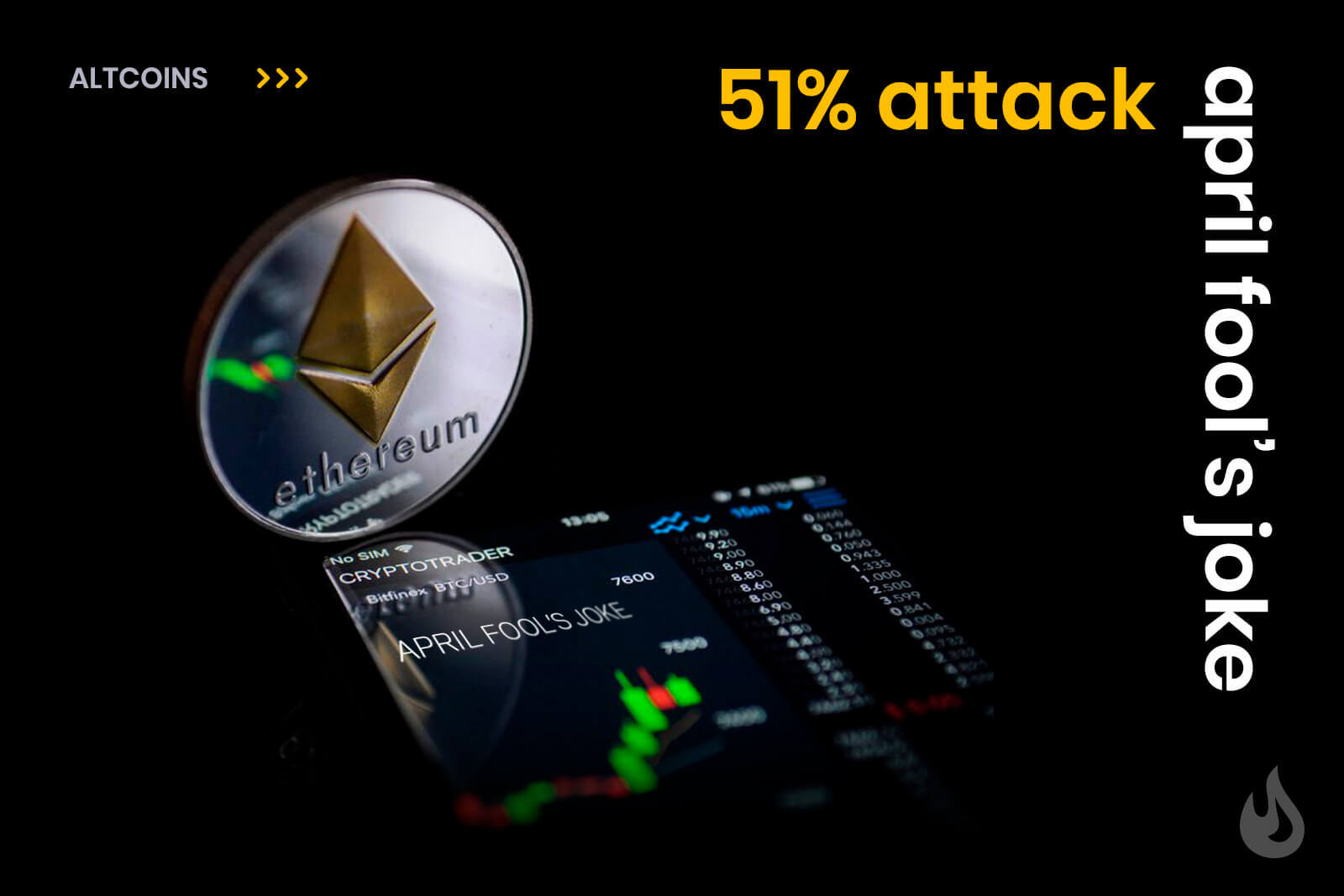 Was The 51% Attack On Ethereum An April Fool’s Joke? 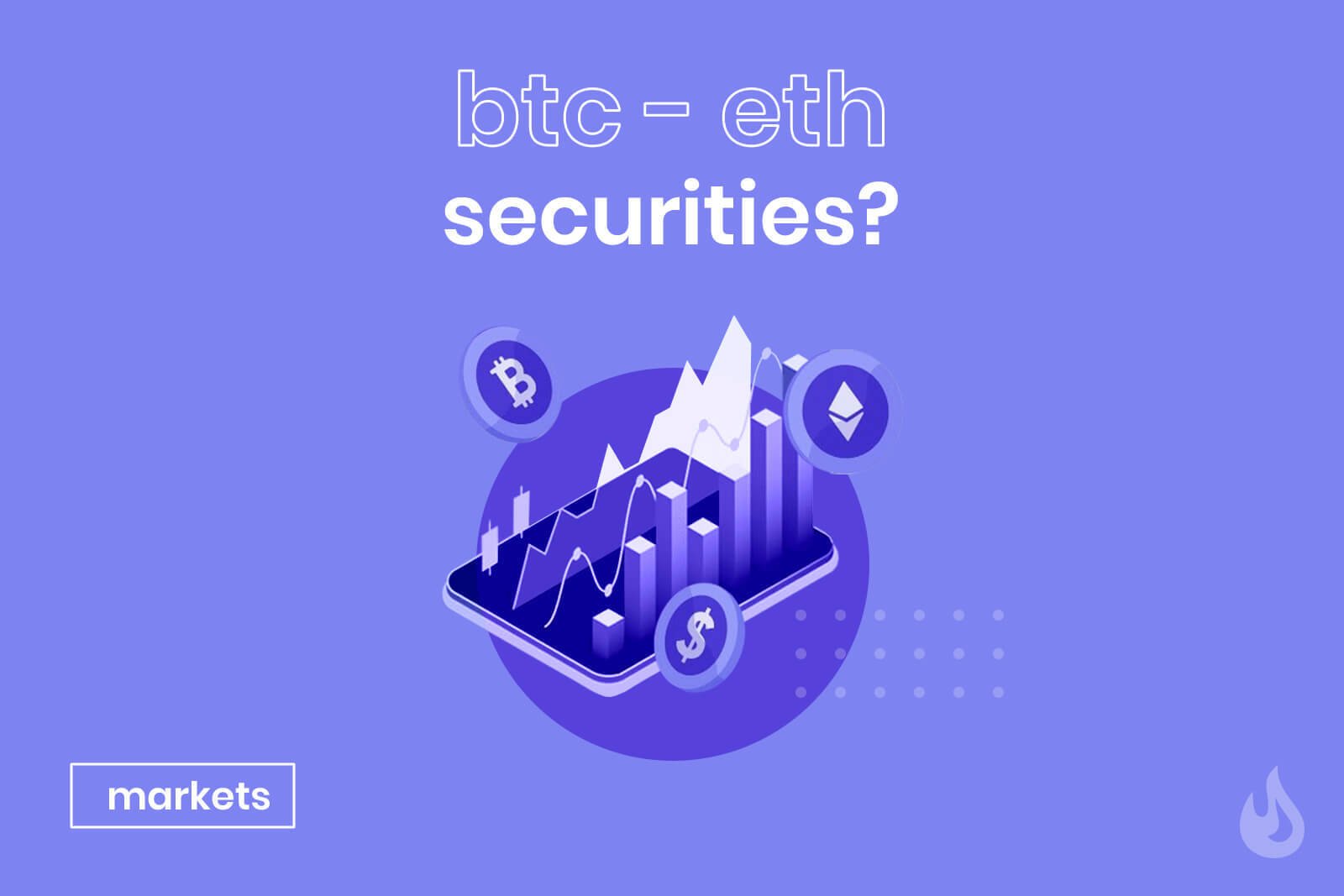