Bitcoin grew up and won a place under the sun during its first decade. The forecasts are even brighter for the upcoming years. But will entering the six zero zone truly mean Bitcoin becomes a new normal for the masses?

Created as an alternative to banks and traditional finances during the 2009 financial crisis, Bitcoin is on the bull rally again. For the first time since early 2018, its price climbed over $19.000. Moreover, multiple solid voices in the crypto industry predict Bitcoin will cross the milestone of $100k within the next year.

The bulls did not come out of anywhere this time. The solid reasons sit behind Bitcoin’s current uptrend: the institutional investors.

With historically low-interest rates and economic uncertainty caused by the global pandemic, Wall Street finally turned to Bitcoin this year. Starting with investment giants like Grayscale and Fidelity, corporations as MicroStrategy and Square chose Bitcoin as a hedge against the U.S. dollar inflation which threatens the world’s largest economy.

Chainalysis blockchain analytics compared the current Bitcoin bull run with the one of 2017. According to them, investors are more strategic and less speculative this time. Having a specific reason to invest could lead Bitcoin to new levels, says Chainalysis:

The number of active Bitcoin addresses is approaching the high of 1 million for the last few months. The numbers last are seen in early 2018 crypto hype, according to Glassnode statistics.

The stages of mass adoption

The idea of Bitcoin is to become a new kind of money. The primary and generally recognized function of money is the medium of exchange.

As a currency Bitcoin answers the features of money: it is fungible, durable, portable, recognizable, however highly volatile. And despite different forms, money share the main functions:

Let’s say, the medium of exchange is the final stage in money evolution. To serve as an effective medium of exchange the particular asset requires a wide acceptance as a method of payment. Simply speaking, anyone must be able to trade it for goods and services.

Bitcoin is maturing, but still relatively new compared to the traditional currencies and commodities. For now, it remains an alternative currency and not yet a norm, which is the indicator of massive usage.

I. Supply and demand

Bitcoin is the world’s first digital scarce asset. It is of a limited resource: there is a maximum supply of 21 million Bitcoins that can be mined unless Bitcoin’s protocol is changed. Over 18.5 million Bitcoins already exist at the time of writing.

In 2020 the institutional demand for Bitcoin has been constantly rising. Major investors bought large amounts of Bitcoin. Grayscale Bitcoin Trust alone has accumulated over $10 billion worth of BTC under its management by November 30.

Following the law of supply and demand, when the supply is bigger than demand, the asset prices decrease. And vice versa, if demand is bigger than supply the prices rise up.

With Bitcoin remaining scarce, the growing demand makes BTC a deflationary asset, whose buying power is meant to increase far beyond over time.

They explored the correlation of BTC, ETH, and XRP with the traditional asset classes (stocks, currencies, commodities). Their study revealed that digital assets behave differently from traditional ones.

The economists researched over 150 potential risk factors that drive returns of traditional assets and discovered that almost none of them affect the returns of cryptocurrencies. Rather, the study revealed that Bitcoin and other digital currencies are driven by factors, specific to cryptocurrency markets.

One of them is the momentum effect, which means asset value will follow the trend and grow further after it has already increased. According to economists, the momentum strongly affects cryptocurrencies.

The second important factor is investors’ attention. Speaking simply, the bigger the buzz, the higher the price, and vice versa.

Historically, Bitcoin’s price was highly influenced by retail investors and their sentiments. Media played an important role too. The greater coverage attracted new users with funds to the crypto space.

However, the narratives surrounding Bitcoin varied over the decade. They ranged from Bitcoin as means of payment, to reserve currency for the crypto industry and now to Bitcoin as a store of value.

The lack of a unanimous narrative gave additional reasons for the negative correlation between Bitcoin and traditional assets. However, this could work as an advantage for Bitcoin and make it an attractive investment asset, says Nic Carter, Coinmetrics co-founder and the partner of Castle Island Ventures:

We saw this happening as an institutional bull run to Bitcoin. There is little doubt that the global pandemic and concerns about fiat inflation worked as a catalyst here. At the same time, the narrative of Bitcoin as a store of value established and Bitcoin entered the positive correlation to gold, which reached record highs in September 2020.

As a decentralized cryptocurrency, Bitcoin is tightly connected to political events, especially in the countries of political unrest or corrupt governments. The popularity of Bitcoin or other digital assets rise in countries like Iran and Venezuela that are suffering political or economical crises.

As a result, citizens lose confidence in their governments, the financial system reacts to political instabilities and state currencies start losing their value.

Such circumstances create a demand for decentralized currencies, that are free from governmental control and can be used as a safe way to store value or to move capital outside the country.

The factors that influence Bitcoin’s price do intertwine and affect each other as Bitcoin paves it’s path to mass adoption. However, there are still risks it has to overcome to become a new normal.

What holds BTC from mass adoption?

Some countries like Iran, Nigeria, or Venezuela use Bitcoin to pay for goods. But yet they are more the exception than the rule. To settle in the second stage of mass adoption and become a global peer-to-peer medium of exchange, Bitcoin needs to overcome the biggest issue: scalability.

Bitcoin blockchain creates a new block every 10 minutes, the current size fixed around 1.18 MB. It’s an all-time high of confirmed transactions per block was 383,291 accounting for 4.4 transactions per second (TPS), according to Blockchain.com.

The world’s average amount of digital transactions surpassed 700 billion in 2019. So, if Bitcoin wants to become the world’s main medium of exchange, its network has to process 5,044 times more transactions each second or 22,196 TPS.

With an average transaction size of around 700 bytes, Bitcoin blocks will need to increase up to 4.3 GB to meet the demand. However, a bigger block size leads to higher transmission delays and complex risks for the network’s decentralization and security.

Unlike traditional currencies, Bitcoin is not backed by any physical collateral issued by the government. It only relies on technology. The value of Bitcoin stems from its features: it is scarce, decentralized, censorship-resistant.

The same features can make Bitcoin vulnerable to protocol changes. Protocol updates can be implemented only when almost all of the network’s users agree on the new rules. This way they contribute to consensus, which is the essence of Bitcoin.

The governance of Bitcoin determines who are the ultimate decision-makers that set these rules. Currently, it is the user community, running the validating nodes. However, back in 2017 Bitcoin faced an attempt to change its protocol by economic actors, in other words, 58 companies (New York Agreement).

The effort ended in several hard forks and raised questions of a threat to Bitcoin’s decentralization. Alex Gladstein, an advocate of decentralized Bitcoin’s stated that “the history books will describe an attempt to use corporate might and global influence to force a change in Bitcoin.”

The same risks were addressed again these days, while the majority of BTC economic activity is concentrated in the hands of institutional giants. Ethereum’s founder Vitalik Buterin asked of their influence on BTC governance:

Also there is a systemic concern: if the bulk of BTC economic activity is institutional then those institutions may well become a de facto governance layer and could be co-opted by nation state actors. Dissenters could fork off, but keep what percent of the value of their assets?

Decentralization has been the key feature of Bitcoin. However, the signs of concentration of power intensify. Chinese mining pools currently control nearly 50% of its network, institutional investors adopt Bitcoins on a large scale.

Bitcoin evolved to a $361 billion market cap financial asset in nearly a decade. Intended to be the government-free and borderless currency it still deals with the regulatory uncertainty.

Different jurisdictions apply the different legal status of Bitcoin. Although the majority of the world accepts it as legal, there are still countries where Bitcoin is banned. Accordingly, Bitcoin lacks the unanimous answer whether it is a security, currency, or commodity. It’s regulation and taxation is fragmented and varies across the planet.

Institutional investors are the dominant figures in the financial markets, the biggest investors, and the critical market makers. They usually come with long-term investment strategies and thus are considered to have a positive effect on asset price growth.

However, long-term investors or holders can have the opposite effect in terms of Bitcoin mass adoption. The historical data reveal that Bitcoin holders tend to sell their assets when the price grows.

The LookIntoBitcoin chart compares the market cycle highs and lows of Bitcoin’s price with a percentage of 1 year Bitcoin holders. As we see, holders tend to sell Bitcoin when its price rises.

It’s very likely, the investors are taking their gains and re-buy Bitcoin later, when the price enters the bearish cycle. However, both selling Bitcoin and keeping it as a store of value work in opposite ways to making dominant crypto a widely used method of payment.

According to Statista, there are over 350k of Bitcoin transactions worldwide every day at the time of publishing. Meanwhile, the data from Bitcoin payment service provider BitPay reveal crypto transactions account for slightly over 22.5k of eCommerce transactions processed via BitPay during the last 3 years.

The current Bitcoin bull run cycle is expected to last. Crypto advocates believe it will reach the six zero zone by the end of 2021. The narrative of Bitcoin as a store of value is settling. Institutional and retail investors accumulate coins and hold.

While everyone’s eyes and hands are on Bitcoin, there still comes a question on the mass adoption of it. Who will spend BTC to pay for coffee or pizza? With Bitcoin’s value expected to reach the milestone of $100k, it is hard to imagine BTC will become a common medium of exchange at the same pace. 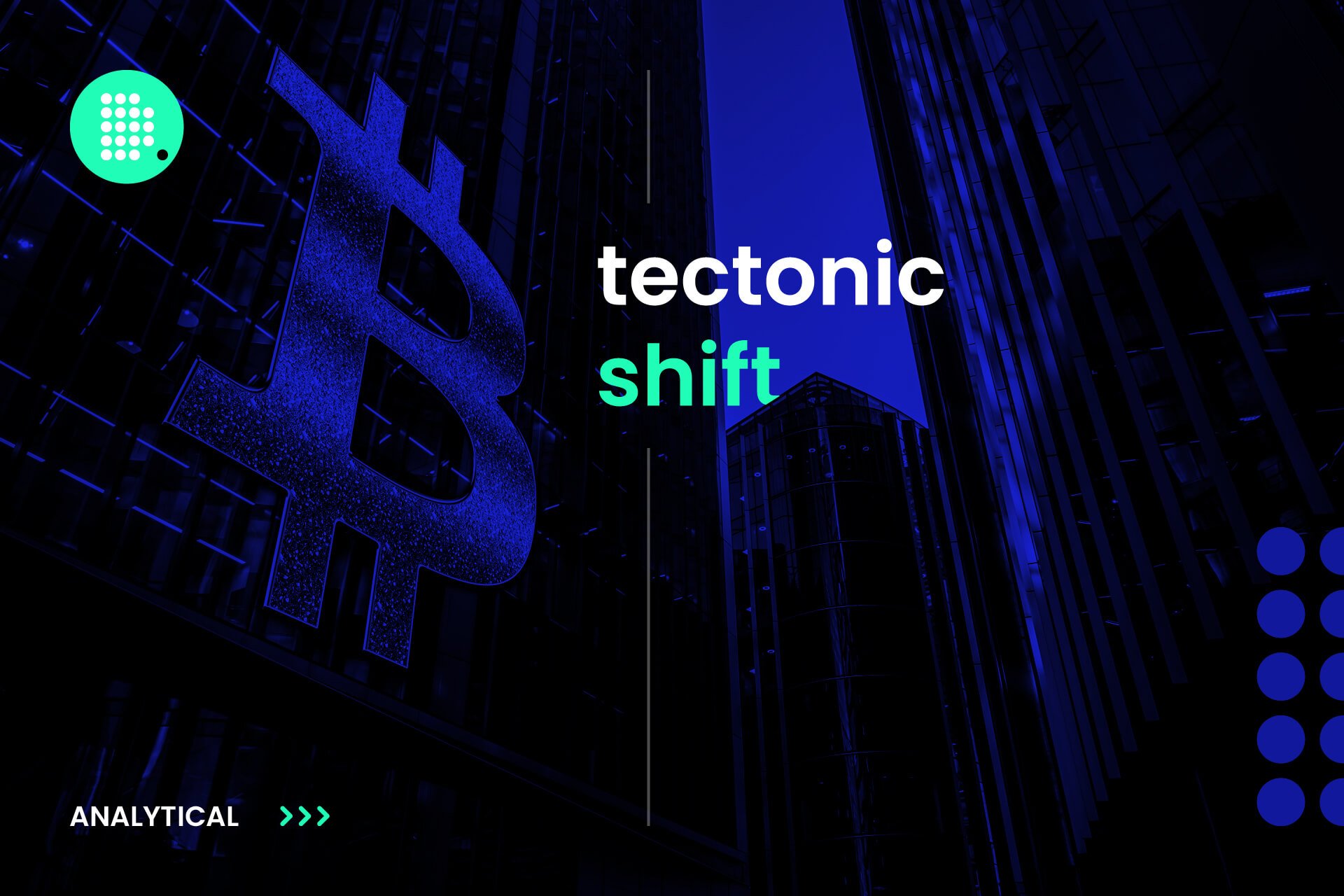 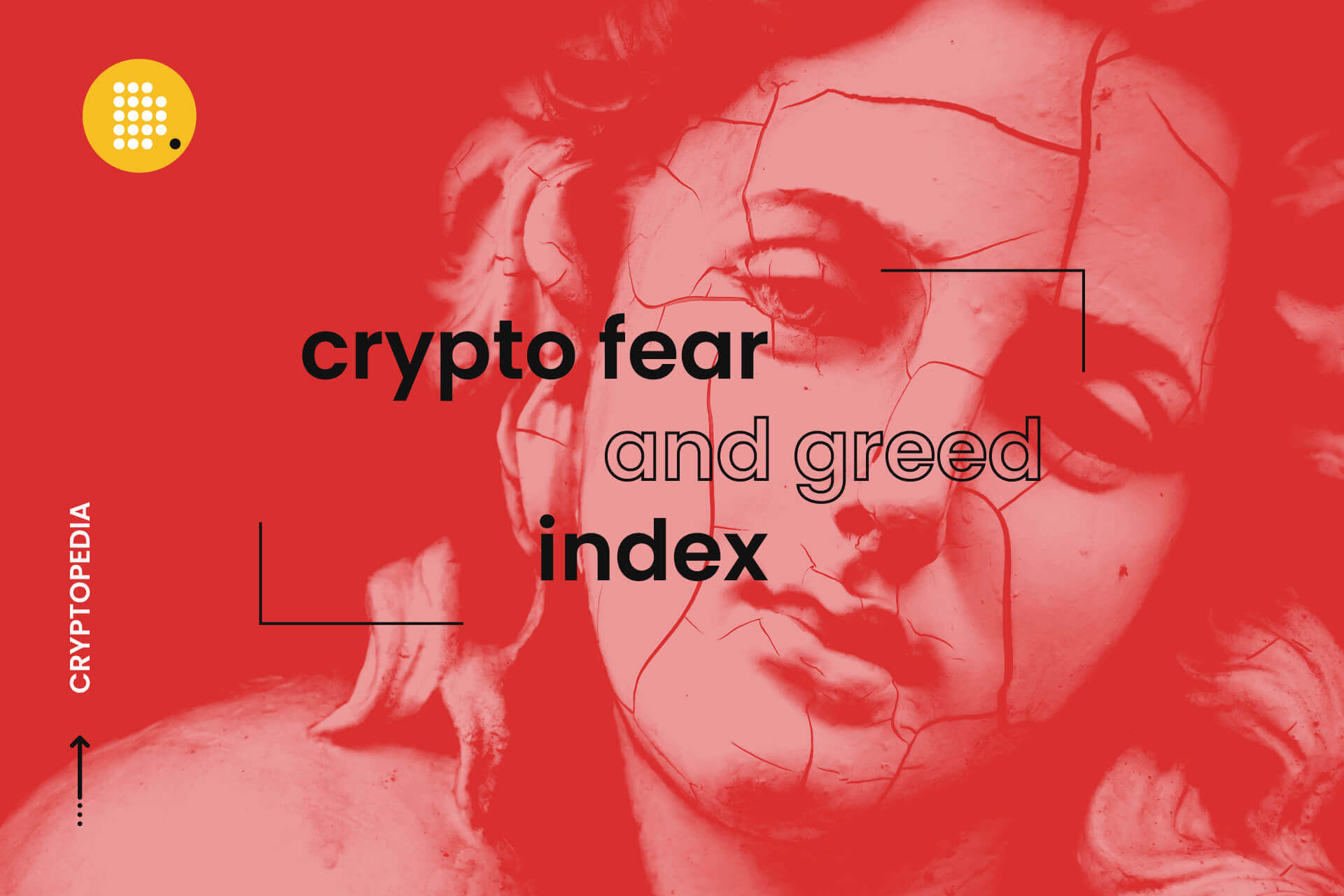 What Is Crypto Fear and Greed Index? 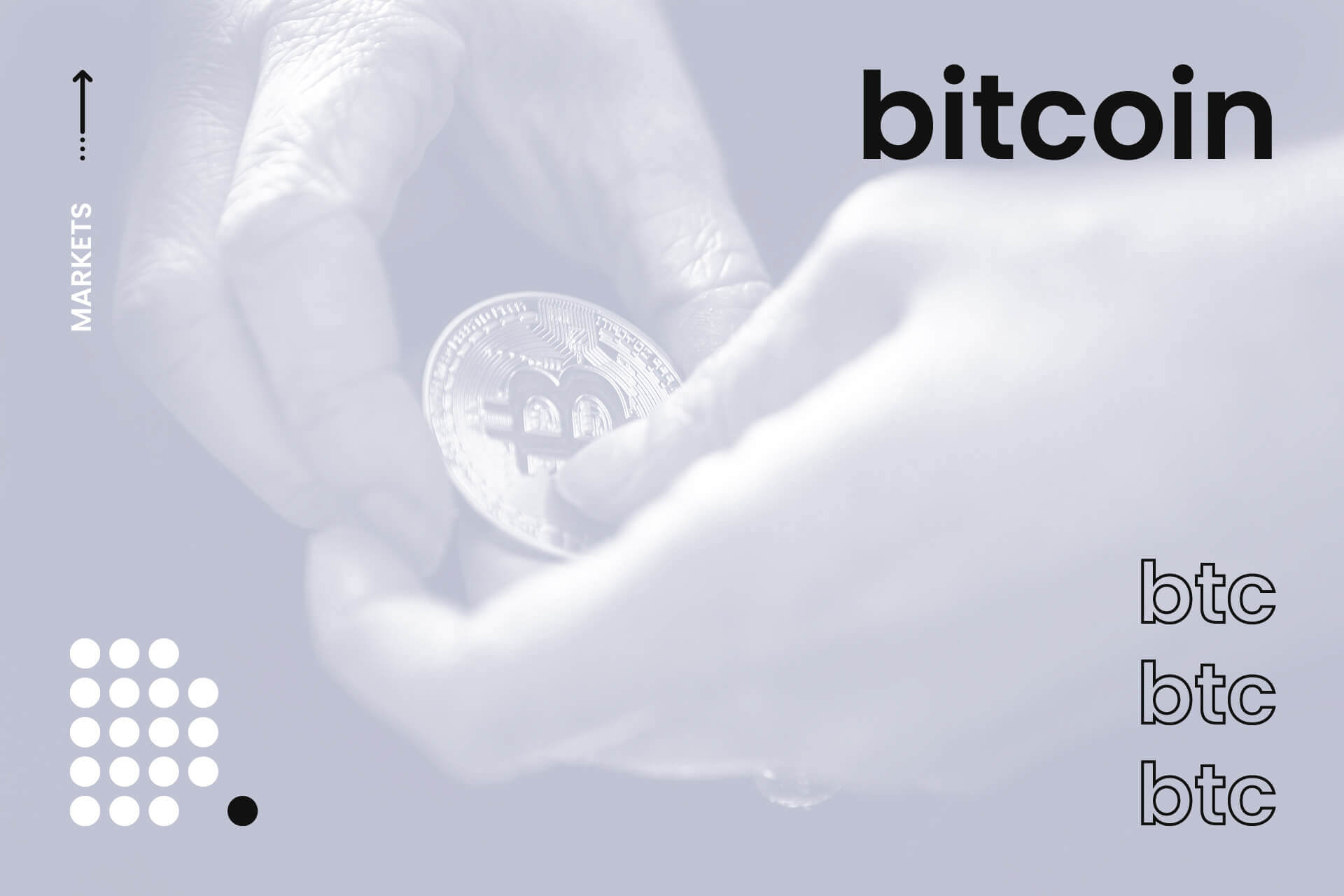