Who Wins When ESG Investing Principles and Crypto Investments Collide? (2/2)

Within weeks of Musk’s tweet, Saylor and Musk tried to take steps to resolve Bitcoin’s environmental issues. The pair organized and launched a renewable BTC mining initiative in the U.S. called the Bitcoin Mining Council. Saylor subsequently tweeted a list of the largest Bitcoin mining operations invited to join that inaugural meeting.

Saylor’s tweet referenced the intent to “…pursue industry ESG goals…”. In fact, the formation of the Bitcoin Mining Council fulfills the PRI’s principles three through six. This represents a good example of how collaborative ingenuity can bridge the gap between ESGs and crypto investments.

There are more positive examples to examine that can suggest mutually beneficial synergies between investors seeking a balance between cryptocurrencies and environmental, social, governance (ESG) factors.

To help address its energy consumption and sustainability issues, the digital asset industry proactively launched its own eco-friendly initiative. The Energy Web, the Alliance for Innovative Regulation, and RMI launched the Crypto Climate Accord. The Accord is a private sector-led initiative for the entire crypto community. It was inspired by the Paris Climate Agreement and focuses on reducing all carbon produced by the cryptocurrency industry to net-zero emissions by 2030.

The Crypto Climate Accord is also supported by the UNFCCC Climate Champions. This proactive initiative is a bold step toward reconciling pro-environmental investment principles with crypto activities, even though crypto’s enviro-impact is lower than the finance industry, and traditional gold mining.

One of the greatest benefits of cryptocurrency is democratizing banking services to the 1.8 billion individuals of the world who have no access to any kind of financial offerings – defining them as “unbanked.”

Financial “access for all” is a noble goal. It’s currently in beta test in the country of El Salvador, which recently adopted Bitcoin as its sovereign currency. As far as implementation El Salvador announced it was planning to deploy Bitcoin as legal tender using the cryptocurrency’s Lightning Network, level two solution via digital wallet provider, Strike.

According to Strike, its mobile payments app already launched in El Salvador in March and quickly became the number one downloaded app in the country. This rapid adoption of the digital wallet app is not surprising given the fact that more than 70% of El Salvadorians do not have access to banking or financial services, but mobile device penetration in that country is 146%.

The world will be watching the implementation and rollout of Bitcoin as a reserve currency. Success regarding the PRI principle of societal good would go a long way toward normalizing cryptos as viable investment options even for the most ardent ESG loyalists.

By necessity and design, most crypto service providers have taken significant steps rolling out safeguards to protect investor privacy and invested assets. They have also implemented anti-corruption technology, which includes anti-money laundering protocols and blocking financing of terrorism using programmed frameworks. All of this has been put in place in advance of formal regulatory requirements being imposed on them.

Additionally, an oft-cited criticism against cryptocurrencies is that it funds criminal activities such as the recent ransomware attacks against energy and food processing companies in the U.S. In reality, a benefit of cryptocurrency transactions is that they are largely transparent and traceable – except for a handful of privacy tokens. Also, blockchain analytics firm Chainalysis reports that criminal activity represented only 0.34% of cryptocurrency transactions in 2020, down from 2.1% in 2019. These activities should encourage ESG-focused investors that crypto is making strides in these critical areas.

At least one Bitcoin miner believes the industry has turned a corner on the ESG front and will successfully navigate the concerns of principal investors. Daniel Roberts is the co-founder of Iris Energy, a successful and sustainable Bitcoin mining operation that owns and operates real assets, including data center infrastructure – all powered by renewable energy, with a net-zero carbon footprint.

During a recent Bloomberg interview, Roberts defended Bitcoin’s value proposition. “The recent news in the space and the focus on ESG continues to highlight that the business model we embarked on many years ago is likely the right one,” Roberts said. “We are hopeful of attracting the right capital partners to help us grow.”

Given these facts, perhaps when an irresistible force meets an immovable object the result is a high-potential sustainable investment for institutions.

This is the second part of a two-part article. You can read the first part here. 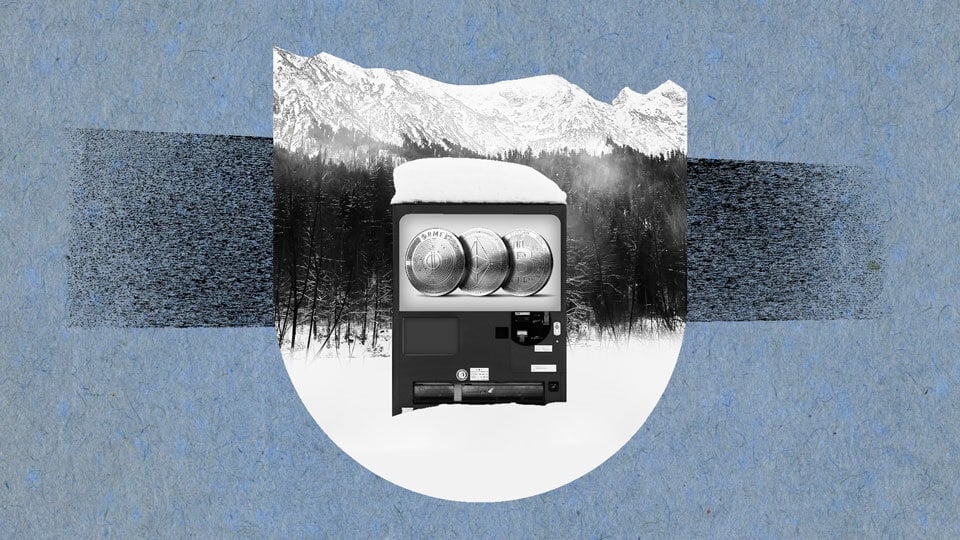 What Fees Do You Pay When Trading Crypto?