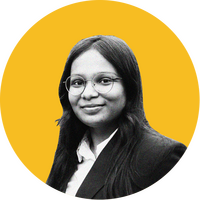 We are excited to announce officially @oasys_games was chosen for the first blockchain game by @SEGA !!🔥
The game will be developed and operated by @doublejump_en, expected to be released on @homeverse_games !

In the meanwhile, gaming devs like Ubisoft, Square Enix, Bandai Namco, and now Sega are leveraging the potential of blockchain. As its initial validators, Oasys supports all of these major game developers and publishers.

Oasys is revolutionizing the gaming industry with its environmentally friendly Proof of Stake (PoS) system and EVM compatibility.

Oasys is a blockchain project formed in Japan, and was launched in February 2022. With a unique chain structure optimized for games, it aims to solve the problems faced by current blockchain games, such as transaction speed and the heavy fees borne by users, while also providing users with a more comfortable gameplay experience.

Oasys Director Daiki Moriyama enthused that the company wants to lead the charge for mass adoption of blockchain games. Hironobu Ueno, CEO of double jump.tokyo, said: “we are honored to be a pioneering partner in building a new generation of games with SEGA on the blockchain.”

What Is Sangokushi Taisen?

As briefly mentioned above, the Sangokushi Taisen series is based on the classic 14th-century Chinese novel ‘Romance of the Three Kingdoms’ by Luo Guanzhong, in which players face off against each other, attempting to take over the enemy’s castle, with the player who has the most health at the end winning the battle.

Sangokushi Taisen started as a competitive card action game for arcades operated by Sega. It went into circulation in March 2005, sparking a boom in trading card games and online competitive games, and having a major impact on the subsequent game market.

With the support of its many fans, the game has made history, winning accolades such as the Excellence Award, and game design decorations from the CEDEC Awards for the formation of its domestic fighting game community.

For more of the latest blockchain gaming news, check out:

Why Is Coinbase Pulling out of Japan?

Nikita is a freelance Web3 Copywriter and a gaming enthusiast. Being born a non-conformist, she's intrigued by the idea of learning about virtual currencies and Blockchain gaming worlds that do not conform to traditional standards of Web 2.0. She is bullish about the impact blockchain technology will have on the gaming world.