What is Bitski & Why Does Jay-Z Want To Invest In It?

Imagine that an iOS game wants to reward players with digital items or tokens. On Ethereum, users would have to set up an entirely new wallet, struggle with credentials, or use another solution like a clumsy web browser plugin. They would also have to own Ethereum already to pay the Ethereum “gas” price to cover the transaction on the blockchain. Then the developer would have to personally approve sending the item.

To overcome these problems, Bitski has created a completely automated and integrated NFT platform where users can approve receiving tokens from a developer. From then on, developers can pay the gas on users’ behalf while triggering transactions programmatically. In simple terms, this means that using blockchain apps and playing blockchain games becomes a lot more streamlined and fun. Bitski will also assist with the mass adoption of NFTs, as users will be able to mint and trade NFTs without needing any technical knowledge.

What Is Unique About Bitski And How Does It Work?

In a world where dealing with NFTs is extremely complicated and requires weeks of research, Bitski’s goal is to provide a simple platform for game developers, brands, and average consumers to create, buy, and sell NFTs.

Bitski makes it easy to use a hardware-secured, private key storage solution by offering a single sign-on (SSO) wallet functionality that gives access to all Ethereum tokens from one convenient wallet and dashboard. All you need is an email and password to get started.

Bitski hosts wallets for users as well as an API to access those wallets. Bitski is a custodial wallet where everything is encrypted so that you can trust that nobody else can view your passcodes. By hosting everything in one place, Bitski also allows users to easily migrate between devices.

The billionaire hip-hop mogul Jay-Z is among the investors included in Bitski’s Series A funding round.

Branding itself as the “Shopify for NFTs,” Bitski made the announcement on Thursday, revealing its investors and the multi-million dollar amount it received. “We’re excited to announce our Series A raise today! Bitski is grateful to be backed by a brilliant team of investors that support our relentless efforts to evolve the way we interact with digital content,” the company tweeted.

The San Francisco-based startup was founded in 2018 by Donnie Dinch. Initially, Donnie and co. wanted to be the “Venmo for Cryptocurrency” and were involved in the development of a crypto wallet platform. However, the vision changed in 2020 when Bitski began focusing on NFTs and shifted its focus to become a marketplace for decentralized digital goods.

Why Does Jay-Z Want To Invest In Bitski?

Since Bitski offers a simple solution to creating a wallet via email without needing to install a plugin, it is the preferred wallet for many, especially for gamers who play popular blockchain games like the Sandbox Game. That makes Bitski an ideal platform to release NFT art and, especially, NFT music. The music may soon be integrated as in-game music that can be played from your Bitski wallet and traded with other players.

When Jay-Z sold a majority stake in TIDAL to Jack Dorsey’s Square, many wondered if he would release his music in the form of NFTs, but his investment in Bitski removes all doubt. This move marks the beginning of the music NFT era. Bitski is already the fastest platform for releasing and trading Ethereum-based NFTs, and as it grows bigger it will become the perfect platform for releasing music.

Thanks to its integration with popular blockchain apps and games, it can transform into a portal for the music industry to access the world of decentralized games and apps. Imagine a future where games reward players not just with cryptos or tokens but with limited edition Jay-Z drops! As more big luxury brands and millionaires invest in NFT technology, it is only a matter of time before other rappers and artists join the NFT trend.

NFT releases must learn to balance exclusivity with distribution since fans may feel disappointed with artists for selling out. Also, every artist should keep in mind that real fans understand the difference between artistic value and speculative value, which is often the basis of the high prices of NFT auctions.

NFTs have a long way to go because, in their current state, they still consume large amounts of energy and are extremely exclusive with limited usability. Fans want easy access to their music through platforms that allow them to make customized playlists with content from all of their favorite artists in one place. The blockchain is yet to come up with a satisfactory service that can meet this need.

It is only when transaction costs reduce to almost zero for the daily user (for example, if Proof-of-Stake algorithms are adopted) and mass tokenization becomes artists’ preferred method to release music that the price of each copy of a recording will become accessible to the masses.

The Future Of NFT Music

NFTs will only truly become a game-changer when there is a platform where the majority of artists mint their music tokens on a large scale directly for their listeners instead of selling over-priced and exclusive copies. Such music would also have to be sufficiently accessible to enable the masses to listen to it on the go and across platforms.

Theoretically, this is possible, and one day users may have to only shell out fractions of a cent for each copy of their music. If such a system is cheaper than current streaming services’ monthly subscriptions, people will be able to listen to a large number of different songs.

Listeners will be able to “pay-by-play” and will never have to face the threat of losing their music if they stop paying the subscription. All songs will be in the music NFT wallet for as long as the blockchain stays up.

So, here’s hoping that the industry takes this path by offering artists the benefit of selling directly to the public and giving fans greater access to the music they love. 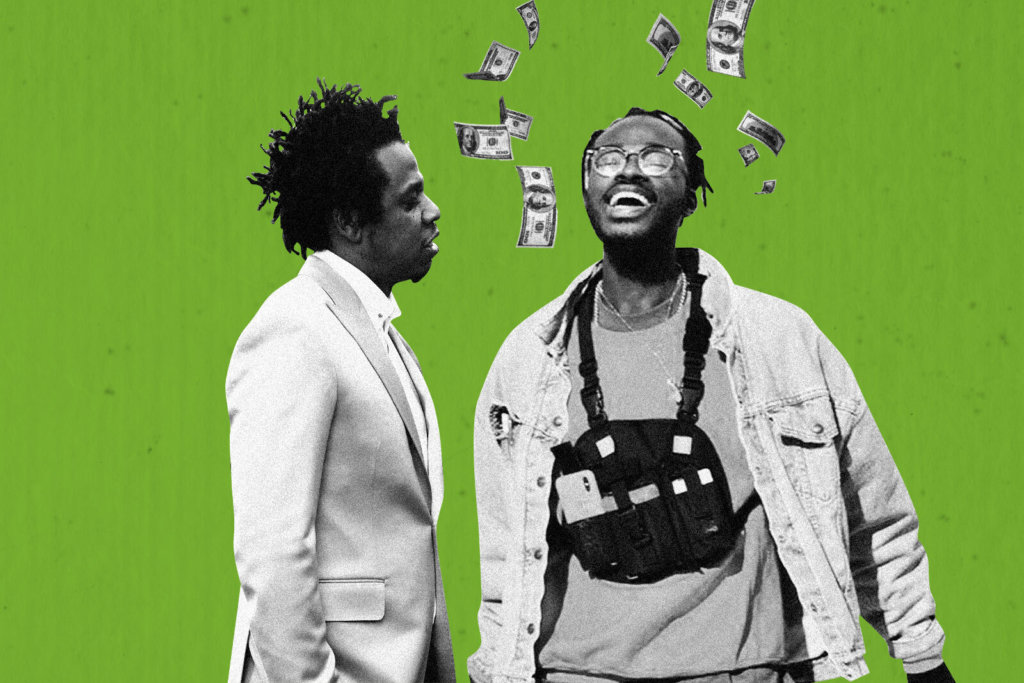