Eterbase Gets Solid Part of its Stolen Crypto Back. Will It Stay Afloat? 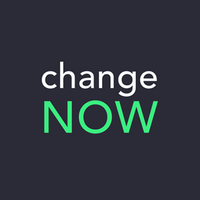 While cryptocurrency’s value continues to rise and becomes more mainstream, data breaches have also been on the rise, giving the crypto culture a Wild West vibe.

Thefts of cryptocurrency are the 21st century equivalent to a bank heist, except that it is far more unlikely that the culprits will be caught.

According to a survey by Finaria.it, $1.9 billion was stolen in 2020, with fraud being the leading crypto crime, followed by crypto-robbery and ransomware. Overall in the period 2011–2021, approximately $19.2 billion in crypto assets were stolen, according to analysts at Crypto Head.

The number of exchanges that are being targeted by hackers has increased, as many crypto technologies are still in their infancy so this plays right into the hands of crypto criminals.

That was the case for Eterbase, a Bratislava-based exchange, which experienced malicious hackers accessing its network and stealing digital assets worth $5.4 million as of the date of the hacking incident.

Here’s What We Know So Far About Eterbase’s Hack

On September 8, 2020, the exchange reported on its Telegram channel that its six hot wallets were ransacked by cybercriminals for their Ether, Tezos, Bitcoin, ALGO, Ripple, and TRON funds.

According to a tweet Eterbase posted, it tracked the theft of funds sent to rival exchanges Binance, HitBTC, and Huobi, and requested that they help freeze funds so the thieves could not cash out the stolen funds.

Settling its functions to maintenance mode, Eterbase put all exchanges on hold and reported the cyberattack to authorities.

The company attributes responsibility for the hacker attack in which it lost millions in cryptocurrencies to the Lazarus group, which is said to be supported by North Korea.

Eterbase returned to the market after the cyber incident, but temporarily suspended its activities in April. According to its tweet as of October 14, 2021, Eterbase has officially entered the bankruptcy proceeding, the purpose of which is to satisfy the registered claims from creditors.

Eterbase is waiting to see whether the stolen cryptocurrencies will be returned so that it can resume its operations.

Tuan Phan, an analyst at cyber and blockchain security consulting firm Zero Friction, investigated the hack and discovered that the stolen crypto tokens were liquidated through several decentralized exchanges.

Upon reviewing the postmortem of the event, Phan attempted to identify holding addresses and determine the extent to which the funds had been liquidated.

Several decentralized finance services and exchanges were used to liquidate tokens, as revealed by the inspection of outbound token transactions:

Phan also performed BTC analysis and discovered that the BTC from address 1ANLZZ2YFGumRXaD3EMii92zWQgvX2CK9c was aggregated at address link.

Other altcoins were transferred to either Binance or Huobi before being moved further and liquidated.

Based on Phan’s assessment, recovery of the stolen assets was basically impossible.

In a sliver of hope, crypto exchange and processing platform ChangeNOW returned 600,000 MATIC coins to Eterbase, which it stopped and froze last September when hackers tried to liquidate them using ChangeNOW’s swap service. With Polygon’s price having risen considerably for the past year, the total coins’ value currently stands at approximately $1 million.

Following Eterbase’s bankruptcy filing, the company is hoping Binance and Huobi will follow with returns, Eterbase co-founder Robert Auxt stated in a tweet.

DailyCoin contacted the ChangeNOW representative for comment. “The crypto world faces increasing concerns over data breaches as hackers and their technology become more sophisticated. However, we believe that one day the industry will be a safe place for all, and we are doing everything possible to make this a reality,” head of public relations at ChangeNOW Mike Ermolaev said.

Time will show whether ChangeNOW’s recovery will spur other exchanges to take action and if Eterbase will be able to avoid bankruptcy.

ChangeNOW is an instant crypto exchange service that provides fast and registration-free crypto-to-crypto and fiat-to-crypto swaps. ChangeNOW’s ecosystem includes a wide range of products such as NOWTracker, NOW Wallet, Telegram Bot, Mobile Exchange app, NOW Nodes, etc. The platform’s team is happy to share news about their service and their independent views regarding the crypto market on DailyCoin.