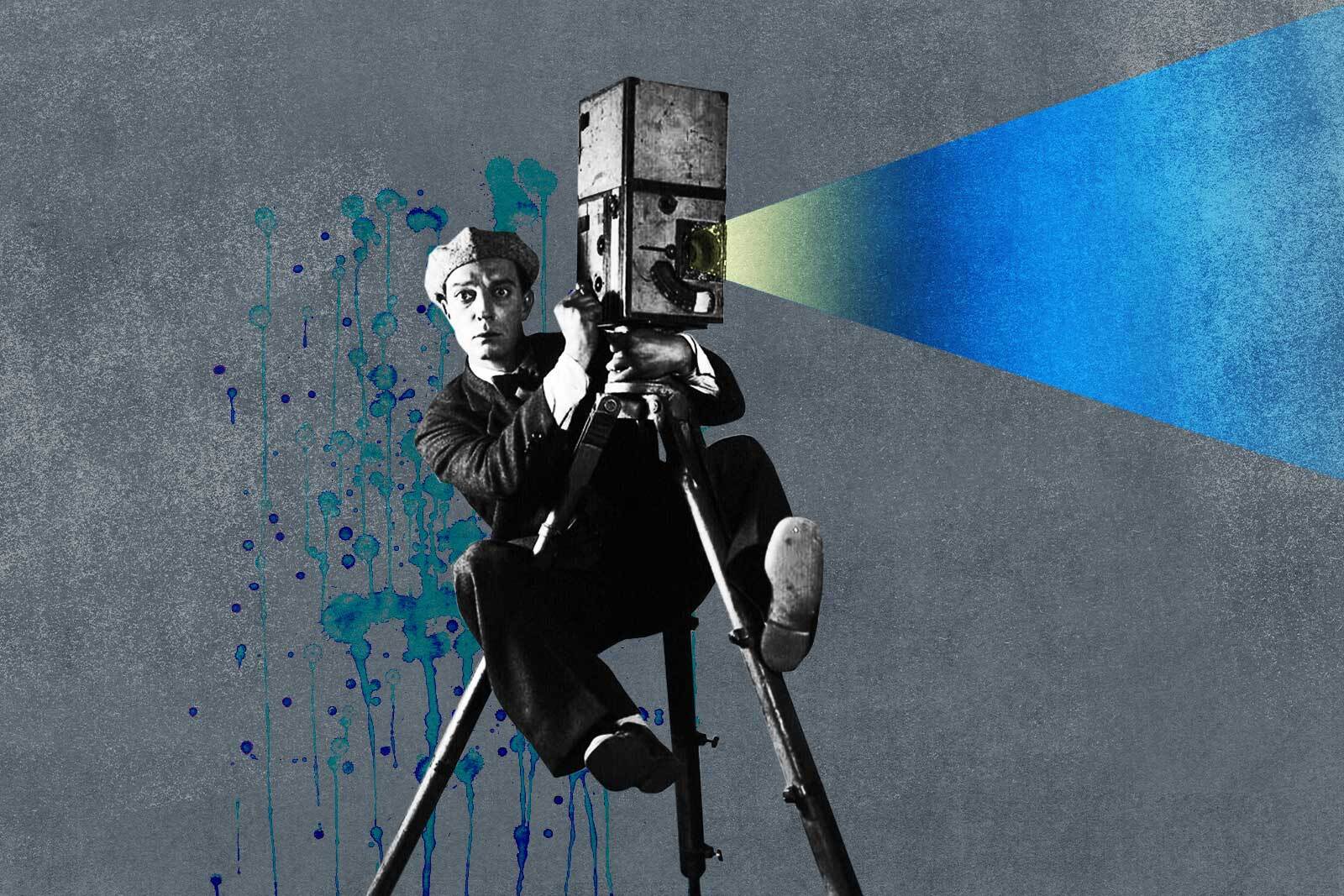 The application of blockchain in the entertainment industry knows no bounds with its footprint spanning across sectors including music streaming services, social media, and gaming applications. However, one major area that is yet to tap into the cutting-edge innovation, is the movie industry.

All this is about to change as Vuele, a decentralized protocol, plans to extend blockchain’s influence into the movie industry. Vuele, according to their official website, is the premier platform for watching and collecting exclusive, limited edition, feature-length films, alongside other NFT collectibles.

Vuele is the product of a partnership between CurrencyWorks, a financial technology blockchain pioneer, as well as a NFT and digital payment provider, and Enderby Entertainment, a global film, television, and digital media company.

Being a proprietary project, Vuele wants to set the standard that others will follow for years to come, while leading the change itself in the movie industry.

At the top of its priorities is helping the film industry to relate its offerings to consumers by delivering feature films and collectible content. In other words, Vuele wants to give its users what conventional video streaming platforms have taken away from them. To understand this better, you may need to read further.

In an exclusive interview with DailyCoin, Cameron Chell, Executive Chairman of Currency Work, and co-head at Vuele, shared his insights on the problems they intend to solve within the movie industry and the NFT space at large.

Starting with the core aspect, the movie industry, Chell noted that the major problem they are seeking to address is the ability, or in many cases, the inability, of the consumer to deeply connect to the movies or content they love.

To further clarify his thoughts, Chell made reference to several decades ago, when DVDs were the main medium for storing media, at that time people would have a collection of blu ray disks of their favorite movies. In other scenarios, people simply kept memorabilia, such as stickers, cards, or figures of specific moments and characters in a movie, just in an attempt to stay connected to such moments.

While this was achievable back in those days, Chell claims that a lot has changed in the movie industry, and now that we are well and truly in the era of streaming services, people don’t get to enjoy some of those aforementioned privileges and comforts anymore.

Unlike with Vuele, existing streaming services do not offer specialized copies of movies nor collectible content, which is where their proprietary solution comes into play, bringing full feature length movie content back, this time in NFT form.

In this context, a specialized copy of a film is a version that includes special interviews on the set of production, or behind the scenes (BTS), as well as other noteworthy moments from the movie’s production. These copies are usually one-of-a-kind and are different from the copy that is eventually released publicly.

Those who acquire these specialized copies would get early access prior to the release of the theatrical version.

Once the aforementioned has been achieved, the second step is where the protocol takes a person’s movie interests, along with the movie in question (i.e the specialized movie copy), and integrates them into a metaverse where they can be easily accessed anytime, and anywhere.

So overall, in order to help consumers connect closer to their movie interests, in addition to the other content they love, Vuele is working to integrate such content into a native metaverse as collectibles.

A close comparison to Vuele, according to Chell, is ‘NBA Top Shots or autograph,’ on which people can collect special moments from the game as NFTs, similarly to collecting basketball cards which give fans special access to basketball players, or the league itself. The concept is the same in application, but for the movie industry.

Vuele to also Function as a Decentralized ‘Netflix’

Although the core purpose is to connect consumers with specialized copies of movies and other NFT content, Vuele will also serve as a decentralized movie streaming service, just like Netflix, Amazon Prime, and their likes.

Notably, once the acquisition of the specialized movie copies is complete, the theatrical version will be released much later, and is then made available for other Vuele users to stream on the platform. “It is at this point that the experience is similar to Netflix,” Chell said, adding that the process of signing up and navigating the platform is smooth, seamless, and consumer friendly.

By setting up an account on Vuele, Chell claims that a user is automatically setting up a wallet, however, without the 16 bit encryption code used by most decentralized exchanges or wallets. This wallet will enable users to participate in NFT acquisition.

Ultimately, Vuele wants to revolutionize the way movie content is consumed, collected, and memorabilized, all by leveraging blockchain technology.

Prior to the advent of the Vuele protocol, there has never been a platform solely dedicated to movie NFTs. This seems to imply that early investors and end-users could potentially tap into a wealth of opportunity given that the project has room to become the next big thing in the movie business.