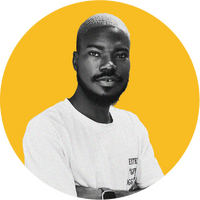 Have you ever wondered how Facebook, Instagram, WhatsApp, and every other social media giant makes their money? These companies are insanely successful and have thousands of people working with them. They raise their revenue and invest in research and development when they have to. Some of them even pay creators for making content for people to enjoy. Yet, they do not charge a fee and remain free to use.

If you’ve ever been bothered by this question, this is your answer. They basically sell your data to third parties—but in a very different way.

We are going to go over how social media companies earn their money with your data, what they use it for, why it could be damaging to you, and how that could change in a decentralized ecosystem.

Where Your Data Goes

When you sign up for any social media service, you provide your personal information. You tell them your name, email address, age, and other standard biodata stuff.

The second reason why they ask for this information is a bit trickier. It’s because these companies get rich off your data. And data here doesn’t just mean your biodata. Your biodata is merely where your data collection starts.

As you use these services, the system itself starts to learn a lot more things about you. It learns about what accounts you follow, what content you’re interested in, and in some cases what you spend money on. But that’s not all.

These systems are calibrated to measure every single thing about you. This includes even your attitude to issues. Poll questions, for example, are used to measure exactly how you feel about questions of great consequence.

Little by little, these systems build an up-to-date personal information dossier about you. And that dossier is filled with things you may not even know about yourself. This behavior isn’t limited to just one or two social media sites either. It’s all of them.

These sites collect all sorts of data from their users. This includes everything from photo and file metadata to messages sent, and even to videos watched. The people you communicate regularly with, your time zone, your GPS location, and even your activity on third-party sites or apps are constantly collected by the app. This goes for the biggest sites, like Facebook, to even relatively smaller ones like Tinder or Bumble.

A Different Kind Of Sale

The question you’re probably asking yourself now is what these companies do with the data. Do they just package it in a list and send it off to anyone who would be interested in buying it?

The answer is no, they don’t. These companies are adamant that they do not sell data. Mark Zuckerberg, for one, has come out to say that Facebook isn’t in the business of selling data.

Unfortunately, that denial rings hollow in the face of the many privacy scandals that Facebook has found itself in. A December 2018 release of a trove of emails from Zuckerberg by the British parliament makes that claim even more insincere.

In the emails, Zuckerberg mulls over the idea of offering developers complete access to user data for a $0.01 fee. This fee would be repaid by the developers through advertising, selling items, or straight cash. To be fair to him, this course of action was eventually not followed. But it speaks to the philosophy of Meta that the idea could even be mulled. And if ideas like that are getting platformed on Facebook, you can bet that social media companies everywhere else are having that conversation.

Today, there is no evidence that Meta, or any major social media company for that matter, sells its data to third parties. However, that is just true in the technical sense. These companies may not sell data, but they certainly use it to earn money and they sometimes share it. Facebook once said that it could share user data with third parties as long as that party was considered a partner.

Instead of directly selling user data, companies like Meta indirectly sell it. What they do is allow companies to advertise with them, and then they send those ads directly to users. This means that almost every single ad you’ve ever seen online was targeted at you precisely.

By doing this, Meta engineers a win-win situation—or so it thinks. The ad companies only need to submit a buyer persona, and Meta would show their ads to users that most closely match that persona. These companies pay very good money for this service, and they mostly go away satisfied. Under this arrangement, Meta is satisfied too because it’s providing value and getting paid for it. The advertising company is also satisfied because they can target their most likely customers with ads. And lastly, all of this happens without the third-party advertising company knowing the users it’s advertising to.

While Meta is the biggest social media company that runs its business like this, this model is what works for a host of other companies. These companies include Snapchat and even LinkedIn.

Sadly, this business model has one shortcoming. It doesn’t think of the user at all. While the social media companies and the advertising company get profits in return, the user gets absolutely nothing.

Getting a Slice of the Pie

How do users get a slice of this advertising pie? After all, it’s their data being sold, and it’s what drives the revenue of these huge companies. It’s only fair that users should benefit.

Unfortunately, the world of business doesn’t care about what’s fair and what’s not. Users will almost certainly never get a slice of that ad pie because they have no leverage.

One user’s data is worth about $0.01, if we are to go by Zuckerberg’s valuation. There’s no way these companies would bend or change their minds over even a thousand people leaving their apps in protest. It simply wouldn’t matter too much to their bottom line.

In essence, social media companies have no reason to listen to users who want control over their data. They can simply tell such users to use another platform, which would end up being counterproductive since every single good alternative has the same issues.

A lot of these companies only started paying attention to paying creators recently. And they paid that attention because TikTok was about to steal their lunch. If something of that sort doesn’t happen to the user dynamics, there is absolutely no way they even broach the topic of giving users control over their data.

What we have today is a situation where social media giants are growing fat on your data and are essentially holding it hostage from you. You also have no leverage over them, and no legal recompense because all of this is 100% legal.

The only possible play in this situation is not to play at all. And that’s precisely the future that decentralized social media apps promise.

Four attributes typify a decentralized app. The first is that it’s built on a public ledger called the blockchain. The second is that it puts the control in the hands of the user, unlike centralized apps. The third is that it is censorship resistant—after all, only centralized authorities can censor. And the fourth is that it guarantees privacy and security.

While these decentralized apps may still collect the same data that social media apps today collect, they won’t be able to use it without your consent. These apps will guarantee complete privacy, and not just the illusion of privacy that companies like Meta guarantee.

Every day we add lines of information to our dossiers at these social media companies. It’s important to know what control we have over that information and how we can gain even more control.

Why a High-Yield Hedge Fund is Betting on Meta