Bitcoin Transaction Fee Increased Before May

The last days of April recorded the highest jump of the Bitcoin transaction fee.

The average Bitcoin fee hit the heights of $2.94 on April 30, according to the data of Bitinforcharts. This is the highest price in ten months, the last time is seen in July 2019.

The price of transactions, made on the Bitcoin network, started to grow on April 29, when it reached $1.28. The sharp jump marked a nearly 130% increase in the e of Bitcoin transactions.

However, the average price fluctuated around $0.65 throughout the whole month. The numbers were lower compared to the common Bitcoin transaction price within the previous March when the average transaction cost was around $1.08. Despite the fact, the total price growth in April was impressive – nearly 673%.

The reason for the increase in transaction costs

With such sharp price growth, it is important to know the reason behind it. Speculations are, however, that the upcoming third halving of Bitcoin is pushing up the prices.

Speculations are, however, that the transactions become more expensive due to the upcoming Bitcoin halving and thus due to the current network congestion.

Network congestion on the Bitcoin network impacts the price of fees. When the number of transactions increases, the network becomes congested and thus works slower, which affects the costs of the transactions by inflating them.

Meanwhile, the mempool data of Blockchain.com showed that there was a massive amount of Bitcoin transactions on the last days of April. All of them were waiting for confirmation and the processing of Bitcoin’s miners, which could explain the sharp spike in the Bitcoin transaction fee.

The mempool of Blockchain.com indicates all valid transactions, that are waiting to be confirmed by the bitcoin network. A high size shows more network traffic, which results in longer average confirmation time and higher transaction fees as users compete within each other to get a priority. The highest ever Bitcoin transaction fee was attained in December 2017 and reached even $55.

The highest ever Bitcoin transaction fee exceeded $55 and was reached in December 2017, when the Bitcoin network was extremely congested and confirmation of transactions took days.

The speed of the transaction, however, mainly depends on the size of the Bitcoin block. Since it is 1 MB, the miners may only confirm 1MB worth of transactions for each block every ten minutes. Meanwhile, high transaction fees show the increase of demand for space on the Bitcoin network, which is very possibly caused by the upcoming Bitcoin halving event. 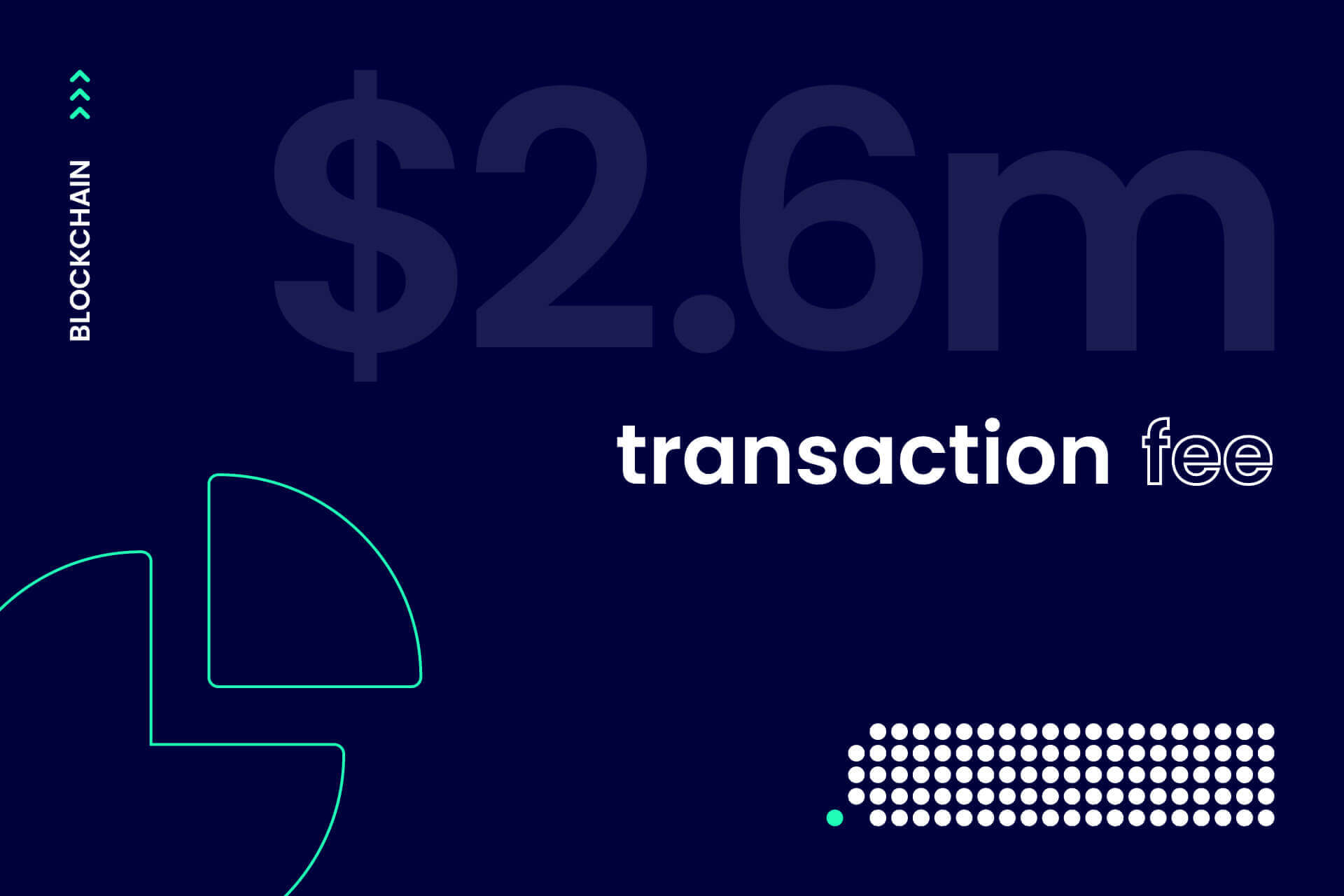 Mysterious $2.6m Transaction Fees to Be Distributed to Miners