Battle of the Year: Russia Vs Ukraine – CEX VS DEX

Russia’s invasion of Ukraine has become one of the most televised wars in recent memory. It feels surreal, like something out of a computer game, and yet it’s really happening. The truth of the matter is that it has vast human and economic consequences that are being felt across different sectors around the world.

Another trending topic during these historic times is how decentralization and control of financial systems have played vital roles. For what it’s worth, many governments may have to rethink their stances on the adoption and implementation of cryptocurrency, as well as how it should be run in respect to matters of national security.

The ongoing invasion of Ukraine by Russia, has the world holding its breath, unable to look away. The U.S. and other countries are currently walking on eggshells because it could lead to a World War, which nations are trying to avoid; so they have taken the most peaceful approach to justice they can manage – financial sanctions.

These sanctions are designed to cripple Russian decision-makers, power players, and the Russian banking system at large.

Further reports indicate that many countries, including the U.S. and Japan, have cut ties with the Russian economy and businesses, even moving to revoke the access of Russian financial institutions to the SWIFT payment system.

Likewise, private-sector payment giants Mastercard and Visa have blocked many Russian financial institutions from accessing their networks. As sanctions continue to roll in, it is safe to say that the Russian economy is bearish at the moment, and the “bear” is angry.

What the Russia-Ukraine War Means for the Hybrid Crypto Economy

Interestingly, many see the ongoing war as the first challenge of its kind for the emerging crypto industry. Ukrainians have been receiving aid in the form of cryptocurrency donations, while Russian oligarchs are exchanging their wealth into cryptocurrency to avoid them being frozen or confiscated.

Now, to comprehend why the ongoing trend is a big deal, the structure of cryptocurrency exchanges and how they could potentially be used as an evasive tool capable of enabling countries like Russia (in this context) to bypass financial sanctions imposed upon them must first be understood.

Understanding the Role of Centralization Amidst a Booming DeFi Economy

Think of crypto exchanges as banks for cryptocurrency that enable access to digital assets. They are broadly divided into two categories: centralized and decentralized exchanges. Centralized exchanges are not too different from traditional banks. Technically, they work as intermediaries between the buyer and seller – a basic banking setup.

Likewise, these exchanges have rules and regulations, and are generally considered to be easy-to-use platforms that take custody of user funds. They typically require compliance with ‘Know Your Customer (KYC)’ processes, which requires information from users similar to traditional financial institutes. These were the exchanges that the Ukrainian vice prime minister was addressing in his tweet.

Decentralized exchanges (DEXs), on the other hand, eliminate the intermediary entirely and work as peer-to-peer (P2P) marketplaces where smart contracts and atomic swaps are used to conduct transactions. This also means that traders are accountable for their own money and are responsible for it if it is lost, such as when their private keys are compromised, or funds are sent to the wrong address.

The majority of the exchanges created between 2020 and 2021 have been decentralized. Sadly, many decentralized exchanges have no “guardrails” for entering the market, making them largely unregulated.

Now take all of this and put it into the perspective of the Russia-Ukraine war and the latter’s vice prime minister’s tweet on the 27th. It seems a nigh-impossible task to shut down the accounts and actions of users in the decentralized structure.

To do so would require targeting market participants directly, as exchanges have no centralized system with which to track users. Federov realized this and further announced that the “Ukrainian crypto community is ready to provide a generous reward for any information about crypto-wallets of Russian and Belarusian politicians and their surroundings,” which could therefore be used in a decentralized manner.

By finding the individual wallets belonging to key Russian players, the opposition intends to hunt down and cripple their individual ability to transfer digital assets away from oversight to the anonymous benefits that come with decentralized exchanges.

The Role of Hybrid Financial Ecosystems

The financial sanctions have expanded beyond the initial controlled financial battleground to now include the crypto economy, which is largely beyond the grasp of central authorities.

As a result, the question of controlling the crypto economy is becoming a global issue. But perhaps it isn’t as bad as we think? Well, let’s take a look at the advantages of centralization and decentralization before forming a judgement:

The Benefits of Centralization

The Benefits of Decentralization

In October 2008, an esoteric white paper, published online under the pseudonym ‘Satoshi Nakamoto’, birthed the idea of a digital currency that could not be controlled by one leader or government, an idea that was widely accepted. It became a Robin Hood-like solution to help the disenfranchised get around the ruthless and highly profitable banking system.

“What is needed is an electronic payment system based on cryptographic proof instead of trust, allowing any two willing parties to transact directly with each other without the need for a trusted third party,” an industry expert once said.

It has been nearly 14 years since that white paper was published, and we’re fairly sure that Nakamoto did not intend the two parties to include Russian Oligarchs ready to burn a democratic nation to the ground. Of course, that may seem a little dramatic unless you live in Ukraine, then you realize it’s the reality of the situation.

At the core of the ongoing war – like something out of a SciFi movie, and against all expectations – various cryptocurrencies are playing a major role in times of war, and serving both sides to different ends. On one hand, they are facilitating the provision of aid to refugees in the midst of a humanitarian crisis, but on the other hand, they are providing Russian oligarchs, perhaps including Putin himself, with a way to get around the sanctions placed upon them by the West and NATO.

It is clear why these sanctions are happening, with many hailing them as an alternative to World War III, and the threat of a nuclear war, with Putin. It is likely that there is nothing anyone can do to stop Putin or the oligarchs from using Bitcoin, Ethereum, or any of the blockchain-based currencies, at least for now.

“Neither dictators nor human rights activists will encounter any censor on the Bitcoin network,” Matthew Sigel, head of digital assets research at investment manager ‘VanEck’, told Bloomberg in a report.

Four U.S. Democratic senators reportedly have signed a letter to U.S. Treasury Secretary Janet Yellen, asking how digital assets could be included in the sanctions.

“We are seeking information on the steps the Treasury is taking to enforce sanctions compliance by the cryptocurrency industry,” the lawmakers wrote in the letter, further reinforcing what the Ukrainian prime minister said in his Tweet.

For the time being, crypto exchanges are restricting a small number of individuals and activities. Binance, for example, has agreed to target Russian clients who have been sanctioned by the West, but the exchange has stated that it would not freeze the accounts of ordinary Russians, as many have requested.

Coinbase insisted last week that it would “not impose a blanket ban on all Coinbase transactions using Russian addresses,” but stated that it would limit accounts and activities associated with sanctioned individuals.

While this caused uproar among the general public, many questioned why they would not shut down Russian cryptocurrency addresses completely. However, to do so would go against the ideals of creating a decentralized means of payment, but then, so does targeting specific sanctioned individuals.

Currently, the world is being exposed to the reality that society as a whole is moving into a new age, one in which we must decide whether the rules we have laid down need sometimes be broken. In the case of the ongoing war, the situation could be compared to one of good vs. evil, Russia vs. Ukraine, and in this context, DEX vs. CEX.

However, the fact remains that the reality has been written in every white paper since 2008; we just chose to ignore the signs and must instead face the truth. It is here and we are not sure how to deal with it. 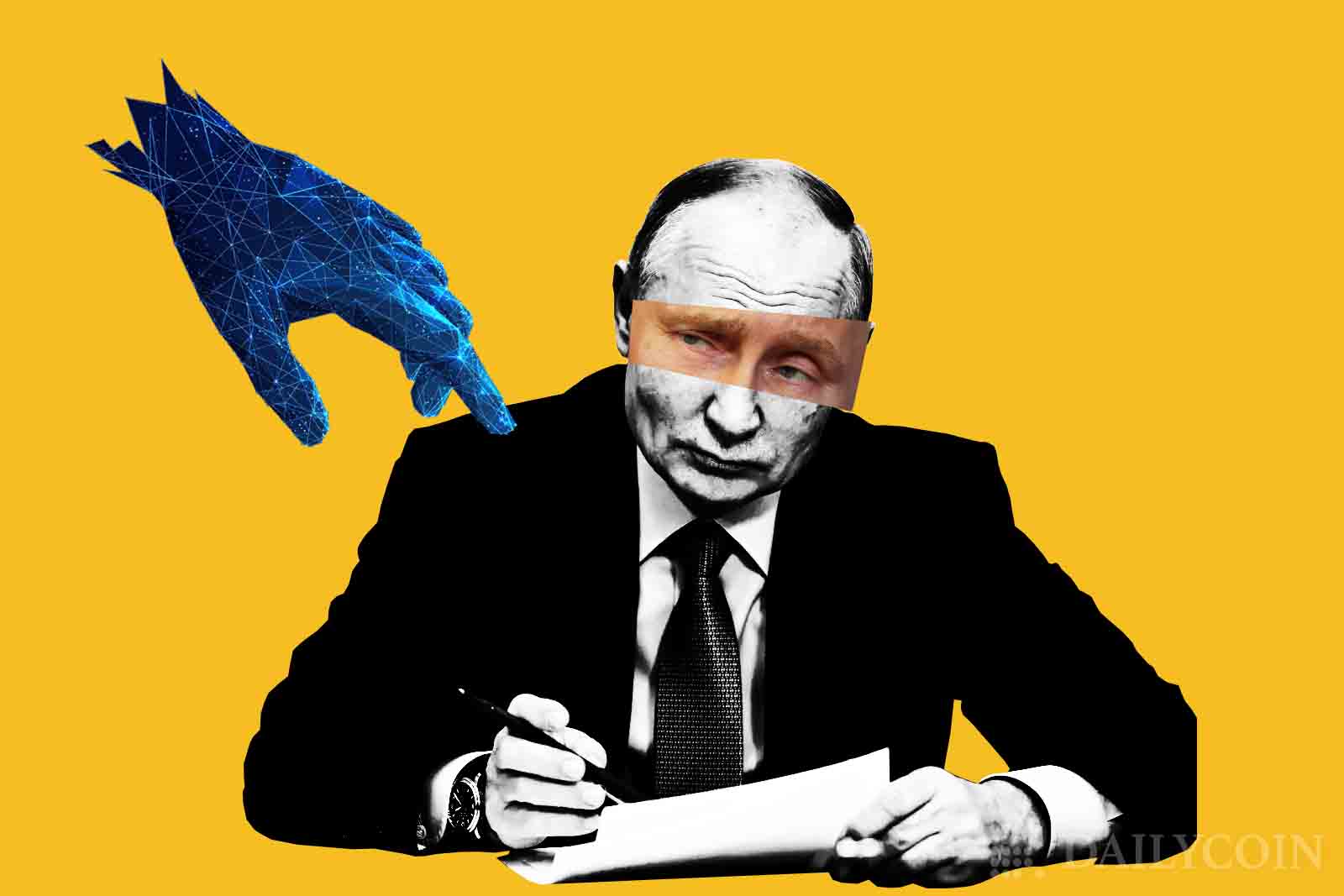 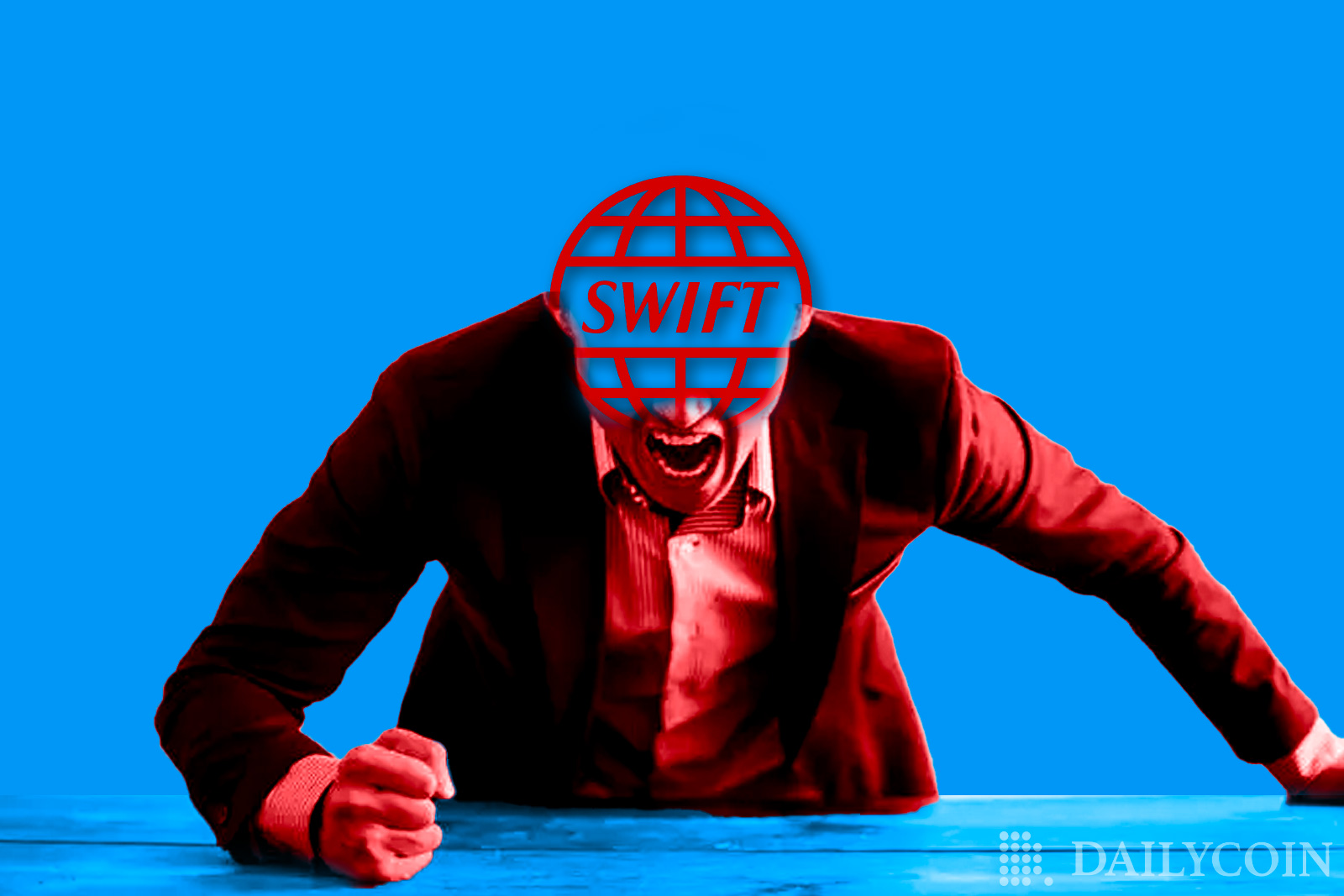 Russia Announces Plans to Use Blockchain to Replace SWIFT