After already gaining 10% in value over the few days of October, the popular “meme” currency, Dogecoin (DOGE) is back in the news. There is still much speculation over whether Elon Musk’s Tesla Inc. (NASDAQ: TSLA) will one day accept DOGE as payment, after a very bold tweet by crypto YouTuber Matt Wallace predicted Tesla would accept DOGE after Robinhood Markets, Inc. (NASDAQ: HOOD) releases its new wallets. Adam Aron, CEO of major cinema chain AMC Entertainment Holdings, Inc. (NYSE: AMC) has already suggested he’ll add DOGE as a payment option. It’s noted that Aron later would tweet praise towards Musk for liking his DOGE poll. Ahead of any major adoptions caused by the rising popularity of the DOGE, are the efforts of prominent DOGE miners such as Hello Pal International Inc. (CSE:HP) (OTC: HLLPF) which was the first listed company with primary exposure to Dogecoin (DOGE), and the makers of the mining machines themselves, such as Ebang International Holdings Inc. (NASDAQ: EBON).

Back in May, Hello Pal International Inc. (CSE:HP) (OTC:HLLPF) officially became the first listed company with primary exposure to Dogecoin, delivering users of their livestreaming platform access to 12,500 DOGE/LTC mining rigs, with a combined hash rate of 6.25 TH/s.

By August, the company hit a record of C$3 million in monthly revenue. Though there was increased price volatility in September, coupled with the announcement of Chinese officials expelling crypto out of China, Hello Pal and its strategic partners Shanghai Yitang (which help manage the company’s crypto-mining operations) seemed to have had the foresight to adjust their operations out of the country safely.

“We’ve been very fortunate in having Shanghai Yitang helping us navigate the current fast-changing cryptocurrency environment in China,” said KL Wong, Founder and Chairman of Hello Pal. “Although there may be some delay compared to our initial expectations, we do not foresee any major hurdles in implementing our original plans regarding crypto-mining and its incorporation into our international social platform.”

Ahead of the move, there was significant volatility in cryptocurrency spot prices in September, which resulted in slightly lower cryptocurrency revenues.

Despite the volatility, Hello Pal recently reported it still achieved +C$2.7 million in revenue for the month of September 2021, with 68% of their gross margins attributable to crypto-mining.

“Dogecoin, often referred to as “the people’s coin”, is being rapidly accepted and adopted internationally,” said KL Wong back when the company entered the DOGE market. “We anticipate gains to our userbase and livestreaming services from the integration of Dogecoin.”

As Hello Pal’s efforts in relocating more and more mining rigs out of China continue, the company expects its crypto-mining operations to reach full capacity again sometime over the next two to three months.

Back when Hello Pal acquired its first mining operations through a 51% interest in Crypto Pal Technology—The purchase price of the acquisition was based on Dogecoin at US$0.055, which as of October 5, 2021 was worth nearly 5x at US$0.2655.

Wong added, “By acquiring Crypto Pal at a minimal price, we are able to focus our strong cash position to implement our vision for Hello Pal’s suite of complementary apps as well as carry out strategic acquisitions.”

Beyond its crypto-mining capacities, Hello Pal also has a thriving livestreaming platform, which has also seen growth over the year, both inside and outside of China. For its livestreaming operations, the company saw a 30% increase in September revenues from non-China territories – in particular the Middle East and Southeast Asia operations which continue to improve in performance.

Another crypto mining entity impacted by China’s bans is Ebang International Holdings Inc. (NASDAQ:EBON), which recently reported total net revenues from the first six months of 2021 as US$18.30 million, representing a 65.69% period-over-period increase from US$11.04 million in the same period of 2020.

Ebang has made a name for itself as a chip design company for what are known as application-specific integrated circuit (ASIC) mining machines, designed to produce high-performance Bitcoin (BTC) yields.

But it was back in February of 2021, that the company announced its plans to launch a Litecoin (LTC) and DOGE mining business.

“We will develop LTC and Doge mining on the basis of our Bitcoin mining business,” said Dong Hu, Chairman and CEO of Ebang. “The development of the Business will further promote our related cryptocurrency-focused businesses and increase our revenue. We believe this move will accelerate the Company’s transformation from solely a hardware manufacturer to a diversified and vertically integrated blockchain company with comprehensive involvements in the blockchain industry value chain.”

Flashing forward to the most recent financial reports, Hu added: “To achieve long-term stable growth, the company plans to vigorously develop financial technology (FinTech) business, while steadily carry out research and development as well as sales business of mining machines of Bitcoin and other cryptocurrencies such as Litecoin and Dogecoin.”

Another company that seemingly shifted some of its attention from BTC to DOGE was Tesla Inc. (NASDAQ:TSLA), as evidenced by CEO Elon Musk’s abrupt shift earlier this year. Musk’s earlier criticisms over BTC were regarding the environmental impact of its production. However, now the Tesla billionaire is proposing a radical Dogecoin idea through a tweet stating: “Super important for Doge fees to drop to make things like buying movie tix viable.”

This tweet came just one day after Matt Wallace’s tweet that implicated Robinhood Markets, Inc. (NASDAQ:HOOD) in the shift. In particular, the official launch of Robin Hood’s crypto wallets, which the company announced on its company blog the very same day as Musk’s tweet.

“Your crypto in one place with wallets: simple, secure, and low-cost,” said the company in the blog post. “We’re making crypto transfers safe, secure, and simple––whether you’re a long-time crypto trader, or one of the millions of people transacting on-chain for the first time.”

Not-so-sneakily embedded in Musk’s tweet was the nod towards movie tickets, which Adam Aron, CEO of AMC Entertainment Holdings, Inc. (NYSE:AMC) took and ran with.

Aron promptly launched a poll on social media on whether his theater chain should add DOGE or not. The result of the poll which reached over 140,000 votes was 77% in favor of the DOGE’s acceptance.

“Now we need to figure out how to do that,” said Aron about accepting Dogecoin. “Stay tuned!”

While a lot of people love Dogecoin on Tik Tok please avoid making investment decisions based on a parade of 60 second info-blurbs. Do your own research before investing a single satoshi. 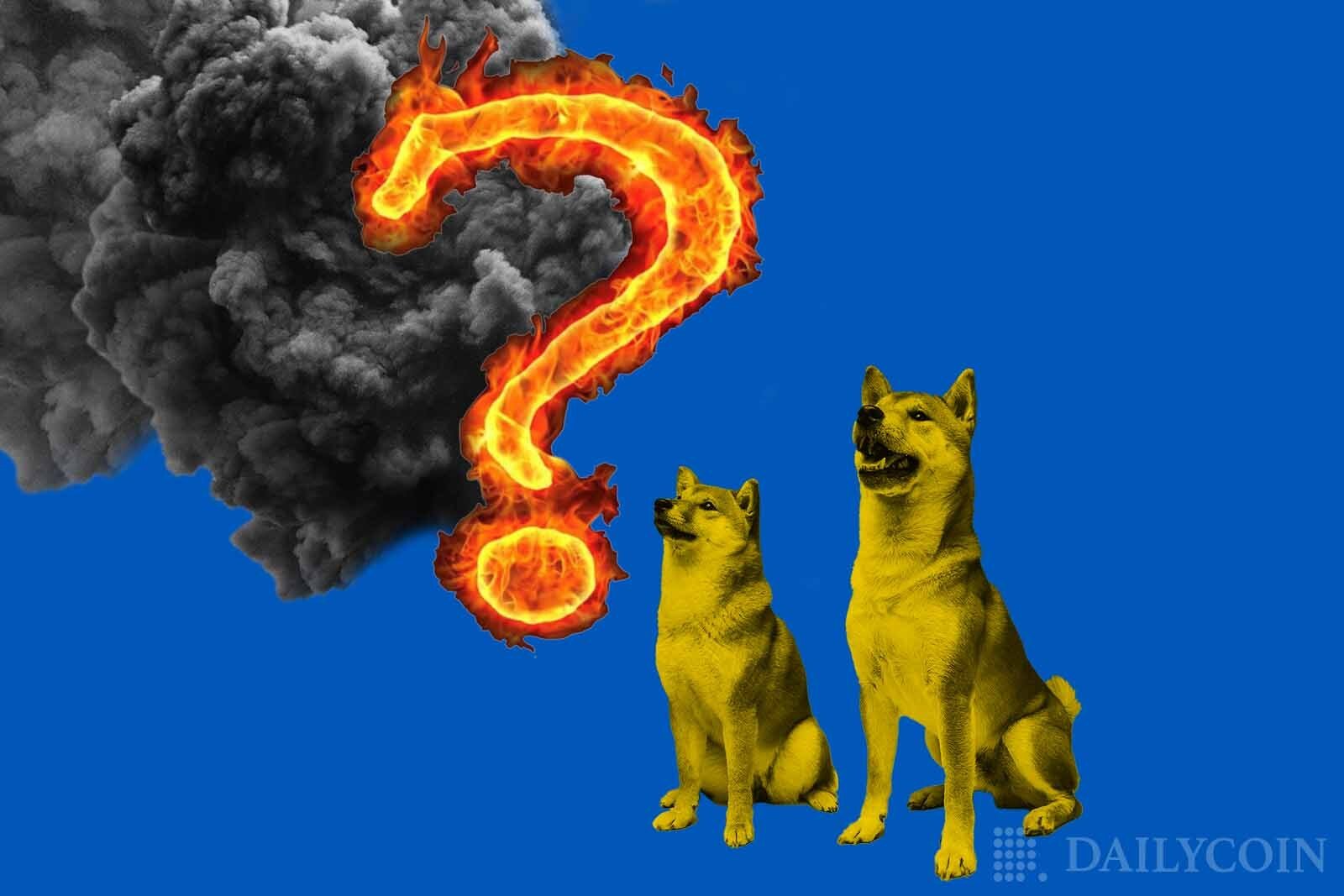 What Does It Mean When SHIB or DOGE See Record Burning? 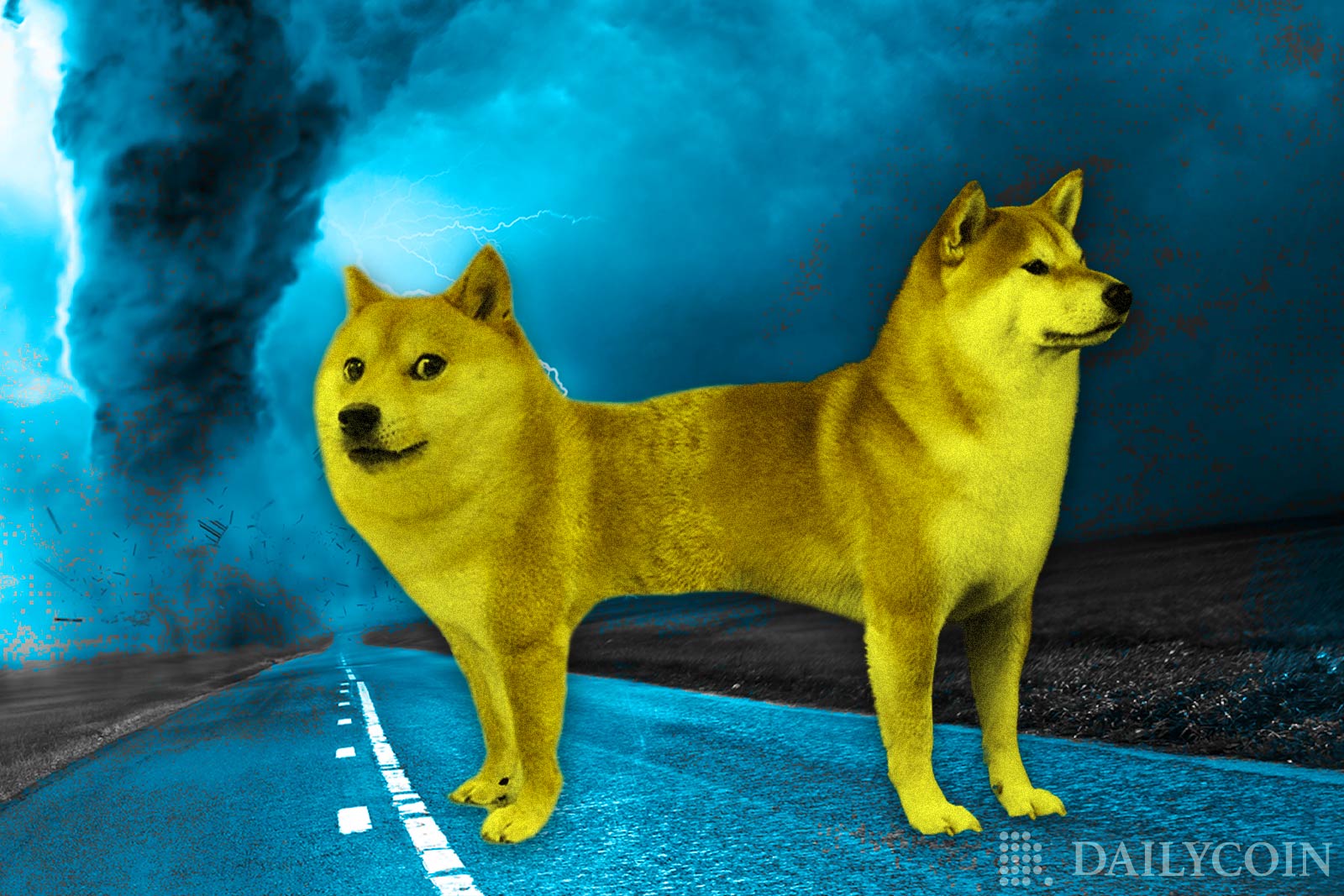 Shiba Inu vs. Dogecoin: Who Will Survive the Crypto Beatdown? 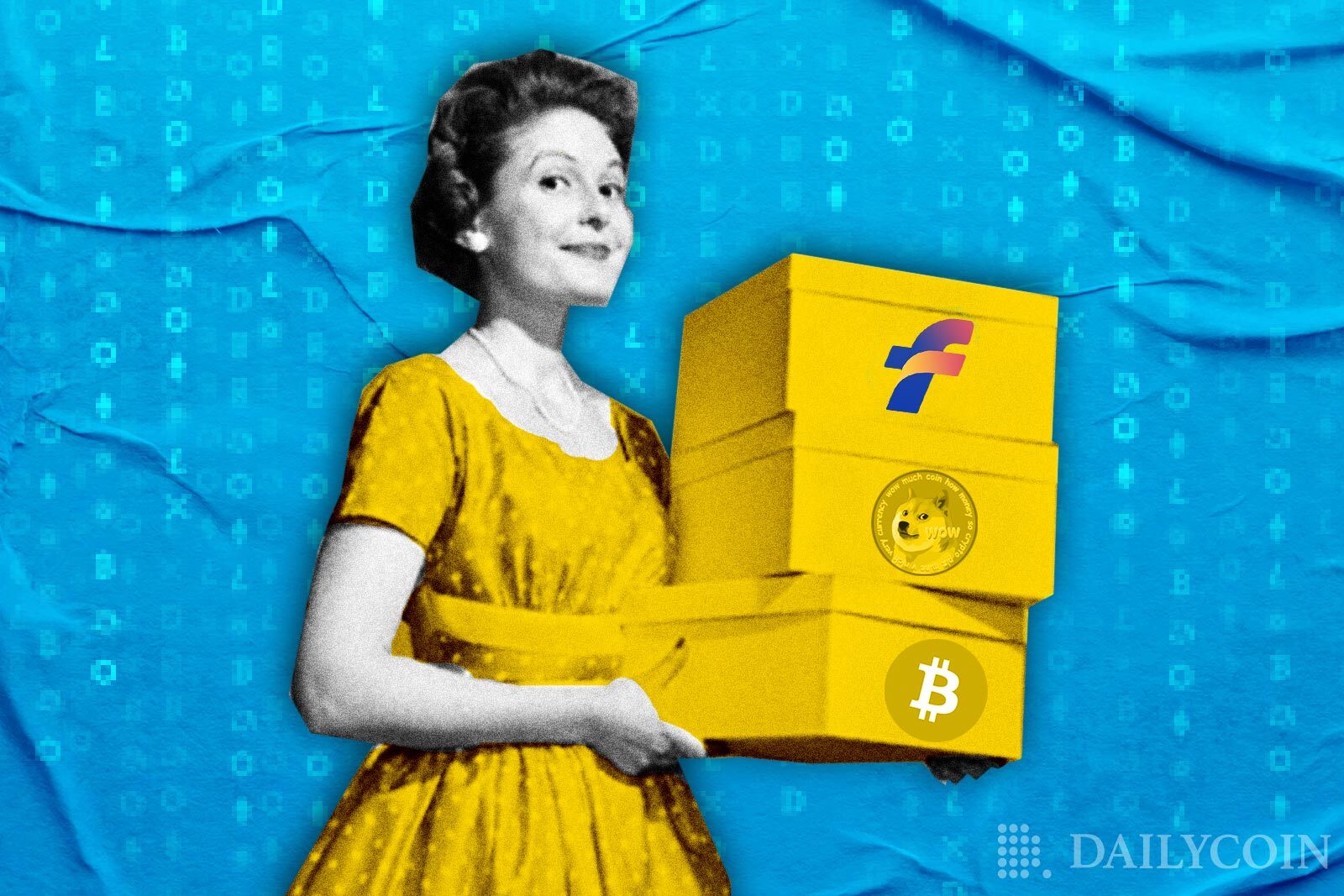 What can you buy with cryptocurrency in 2022?