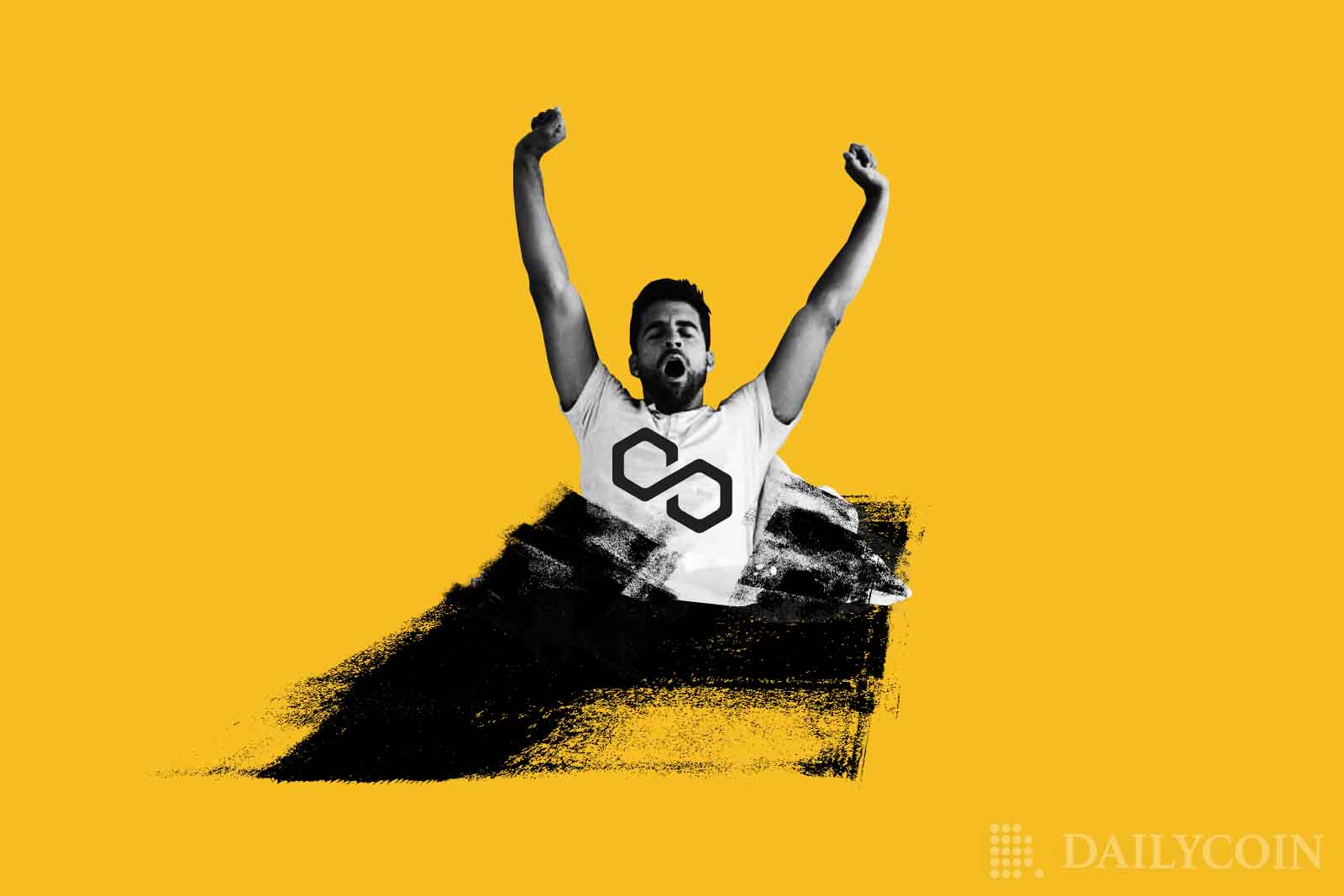 The announcement has given MATIC a big price boost. Over the last 24 hours, MATIC has gained 27% to peak at $0.5121, a new 10-day high. Polygon’s rally makes MATIC the biggest gainer in the top 100 cryptos ranked by market cap over the last 24 hours.

On Polygon’s (MATIC) journey to carbon neutrality, the crypto has become a whale favorite. On-chain data shows that whales holding between 10k and 10m MATIC have increased their holdings by an average of 8.7%.

As MATIC rallied, the world’s biggest crypto, Bitcoin, recorded a dramatic trend change. Bitcoin, which traded as high as $21k on Wednesday, fell drastically, hitting an interday low of $19,848.08.

Bitcoin registered its decline just after Glasnode reported that whales had dumped over 50,000 BTC between June 20 and 21. Bitcoin is now picking up momentum, trading at $20,630 on the back of a 0.4% gain over the last 24 hours.

The achievement of a carbon-neutral status by Polygon could inspire other crypto projects to do the same, reducing their impact on the environment.

Citibank Partners with Metaco to Launch Crypto Custody for Institutions

The partnership aims to merge Metaco’s technology and digital solutions with Citibank’s extensive custody network to form a platform that would allow customers to securely hold and settle digital assets like Bitcoin (BTC).

Binance.US, the American affiliate of the biggest crypto exchange, has announced that it will begin offering zero-fee Bitcoin (BTC) trading on its platform. Binance.US was already known for offering some of the lowest fees.

Major Binance competitor, Coinbase, has announced its intention to suspend Coinbase Pro, an advanced trader-focused service, by the end of the year. Coinbase Pro will be replaced by Advanced Trading on the main Coinbase app.

All Coinbase Pro users will be migrated back to Coinbase. In addition, the new Advanced Trade option is now live for desktop Coinbase.com users, with mobile app integration expected in the coming weeks.

Crypto exchanges Binance.US and Coinbase are increasing the appeal of their services as they seek to gain a competitive advantage and attract more users.

In March, the OSC warned exchanges offering derivatives or securities trading in Ontario that they must contact the OSC or face enforcement action. The warning included an April deadline.

For failing to comply with Ontario securities law, the OSC slammed Bybit Fintech Limited (Bybit) with a $2,468,910 fine and an additional CAD 10,000 towards the OSC investigation cost.

The enforcement action against KuCoin was less friendly. The exchange received a CAD 2,000,000 fine and a further fee of $96,550.35 towards the OSC investigation costs. In addition, KuCoin was permanently banned from operating in Ontario, Canada.

With the increase in regulatory oversight, the approaches of KuCoin and Bybit could be representative of what exchanges get from regulators.

eBay, one of the world’s oldest e-commerce platforms popular for auctioning, has made its biggest move yet into the world of digital collectibles with the acquisition of the NFT marketplace, KnownOrigin.

eBay, which started allowing NFT sales on its site last year, has acquired KnownOrigin to attract a new wave of NFT creators and collectors. The exact value of the deal concluded on June 21 hasn’t been disclosed.

Another leading e-Commerce platform, Shopify, has released some new crypto features allowing consumers and merchants to connect through their crypto wallets. A key highlight of the launch is token-gated stores.

Token-gated stores and brands can now release tokens and NFTs to their fanbase on Shopify. In addition, Shopify has an NFT feature allowing creators to directly mint and sell their NFTs from the blockchain and onto the online store.

E-commerce platforms eBay and Shopify have recognized the potential of NFTs as the future of digital arts and e-commerce.

Binance to Cease US Dollar Transfers for Non-US Customers

Doritos to Give Away $25,000 in Polygon (MATIC) Metaverse Partnership