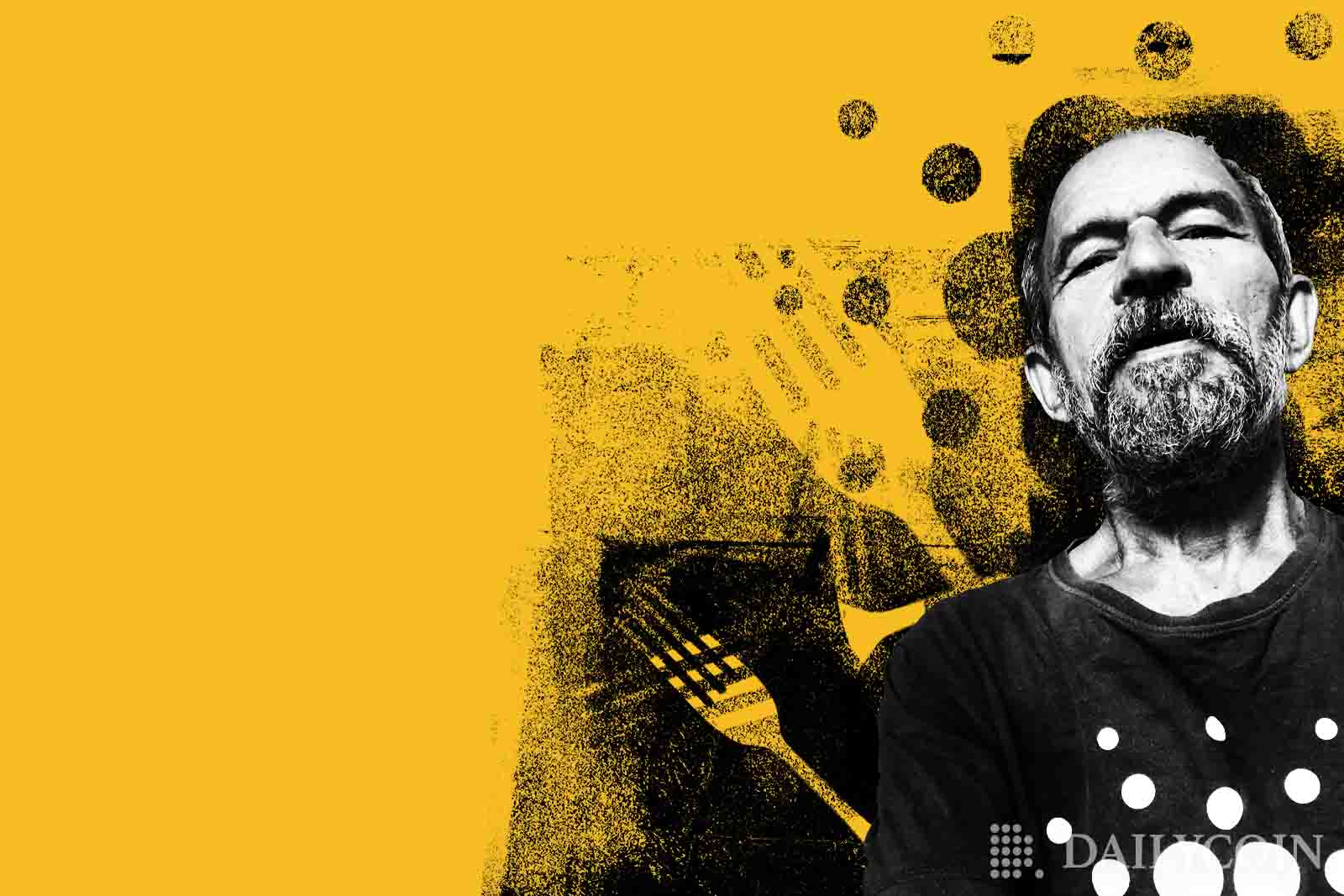 Bitcoin investors were able to breathe a collective sigh of relief after the painful 9-week long downtrend, which saw the world’s largest crypto fall by almost 40%, seems to finally be coming to an end. The price of Bitcoin surged by 9% as cryptocurrency bulls took the reigns early on Monday.

The rare rally saw the price of Bitcoin touch $32k for the first time since May 11th. Bitcoin recorded the upturn during the Asian and European equity markets, despite American markets being closed on Monday.

The 9% rally for Bitcoin marks the leading asset’s biggest daily price rise in two months. The price of the pioneer coin has now stabilized at $31.5k at the time of writing, after recording gains of 3.5% over the last 24 hours.

Glassnode explains that the massive rally could be linked to the weaker position of the dollar. On-chain reports now suggest that Bitcoin investors are “the only ones left”, and they appear to be “doubling down” on their positions as the price of Bitcoin corrects.

Analysts believe that Bitcoin is now forming a bottom, which could act as the precursor to the rally Bitcoin investors have been waiting all year for.

Breaking out of a 9-week long downtrend, the crypto market is now surging. With Bitcoin bouncing back to above $32k, more than 90% of Altcoins are trading in the green as of this writing, and Cardano (ADA) is leading the way.

Over the last 24 hours, the value of ADA has significantly risen by 30%, making it the biggest gainer among the top 50 cryptos by market cap. The rally has seen Cardano (ADA) hit a three-week high of $0.6823.

Recently launched LUNA 2.0 is also, perhaps surprisingly so, one of today’s biggest gainers, rocketing in price by more than 90% despite a 70% crash on launch day. Over the last 24 hours, Terra (LUNA) has recorded an upswing from $6.38 to a high of $11.97. LUNA’s price pump can be partially attributed to its Binance airdrop.

Despite the lingering signs of bearishness, crypto-asset investment products saw inflows of $87 million throughout the past week. According to a CoinShares report, crypto inflows have now exceeded $500 million since the start of 2022.

The increased inflows are a sure indication of bullish sentiment from investors about the future of cryptocurrencies.

Since the big release of smart contracts, Cardano’s ecosystem has gained significant traction, and on-chain data shows that over five million native assets with 54,902 distinct policies have now been minted on the Cardano blockchain.

Charles Hoskinson, the co-founder and CEO of IOHK, also announced on May 29th that Cardano had recorded its highest ever 24-hour transaction volume at $9.57 billion, which is second only to Bitcoin. These activities have played a notable role in Cardano’s (ADA) 30% gain during the last 24 hours.

Hoping to have similar success, Ethereum has gotten one step closer to the most important upgrade in blockchain history, as Ethereum core developer Tim Beiko has announced that a new Beacon Chain for Ropsten has been launched.

Beiko stated that the “first dress rehearsal” of the Merge will take place at around June 8th. Ropsten, Ethereum’s largest Testnet, will be the first to undergo the transition to the Proof of Stake (PoS) consensus mechanism.

The Merge is one of the most highly anticipated events in the cryptoverse, and could change the trajectory of Ethereum and other reliant chains.

Ryoshi, the pseudonymous founder of Shiba Inu, one of the most popular dog-themed meme coins, has left the community in shock after deleting all of his tweets and blog posts on Monday.

Though he is the founder of one of the biggest crypto projects in the industry, Ryoshi’s identity has remained unknown since the project’s launch in August 2020. Now it seems that Ryoshi has decided to replicate the mysterious founder of Bitcoin, Satoshi Nakamoto in disappearing from the scene.

Ryoshi encouraged Lead Developer Shytoshi Kusama to not talk about “worthless nonsense” but instead focus on the ecosystem. In a recent tweet, Shytoshi confirmed that the project will carry on and continue to “fulfil Ryoshi’s vision and plan for this grand experiment.”

With Ryoshi’s absence, Shiba may have taken a hit in its path to building a decentralized meme coin ecosystem.

Mirror Protocol, a Terra chain dApp that allows users to create digital synthetics that track real-world asset prices, is the latest DeFi protocol to be exploited, although, that’s not strictly the case. The Mirror Protocol hack is unique because it went unnoticed for seven months.

On May 17th, community members discovered a bug in the Mirror Protocol’s code dating back to October 8th, 2021. According to a user going by the name ‘FatMan’, the bug allowed the hacker to unlock other users’ collateral on the Mirror Protocol and gradually siphon almost $90 million.

According to on-chain data, the hacker unlocked UST funds from the Mirror Protocol multiple times within the same transaction, paying only about $17.54. Since October, they have used this exploit “hundreds of times” to steal $89,706,164.03.

With the Mirror Protocol still reeling from the revelation, the protocol suffered another attack on May 30th. This time, the attacker took advantage of the mismatched price between the old LUNC token and the new LUNA token to steal over $2 million.

The Mirror Protocol’s $92 million hack coming to light places even more pressure on the DeFi ecosystem over its security, and indeed on the Terra team, which is already under investigation for price manipulation.

Bitcoin: What to Expect in the Short and Long Term